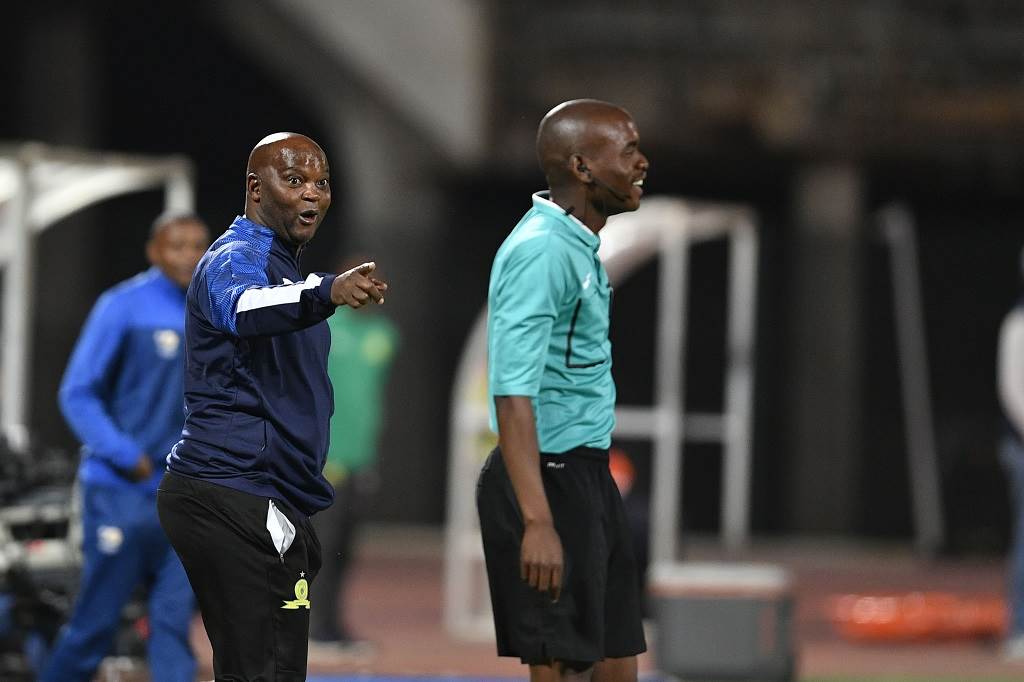 Mosimane has been vocal about his claims that Amakhosi have been benefiting from referees decisions this season. Cape Town City coach Benni McCarthy also lashed out at the match officials during the Telkom Knockout Cup game against Amakhosi in Cape Town last Saturday.

Mosimane has since come out to say his holding a prayer for the official's ahead of Sunday's showdown at Loftus Versfeld Stadium.

"They are currently on good form but also benefiting also. There are two points. They are playing well. We credit them for that .They are fighting hard but they are on receiving end at this moment in time. They are enjoying the ride," said Mosimane.

"We just have to do what we have to do (on Sunday) and pray the contributors (match officials) don't help them benefit.

"Benni (McCarthy) was crying. I am busy crying. AmaZulu were complaining. Steve Komphela was complaining. Who doesn't complain. They are having jolly ride. There are on top of the log. Very good ride hey.

"We praying for the other guys, officials who are coming not to make mistakes, book people when you suppose to book people," he added.