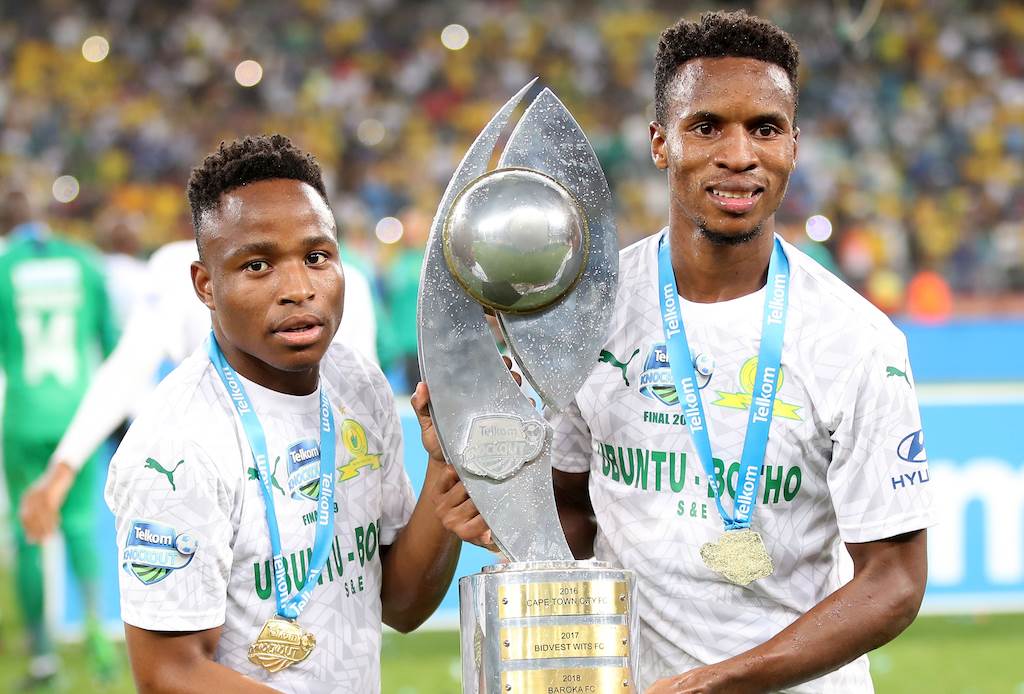 Mamelodi Sundowns keep getting it right with the way they are operating, with Promise Mkhuma becoming the latest youth graduate to taste first team success.

The 20-year-old former reserve team captain was promoted in December last year, and has already earned his first league winner's medal after The Brazilians snatched the 2019/20 Absa Premiership title from Kaizer Chiefs on Saturday.

"I am excited about winning the league in my first season since joining in December. It is great and I know I am going to win more trophies with the club, this is the first of many to come," said Mkhuma on the club's website.

"The work that the coaches put on me is paying off and all the other players in the development should work hard and make sure that they improve.

"I am evidence that hard work pays. I am always around senior players like Hlompho Kekana and Tiyani Mabunda as they advise me on stuff on and off the field.

"They are always telling me how to calm myself before the game and I must not be scared to make mistakes. Most of the time we talk about football but they also share their life experiences with me.”

21-year-old defender Malebogo Modise, who was promoted in July ahead of the PSL restart in the bio-bubble but has yet to make his senior debut, is another youngster in line to follow in the footsteps of Mkhuma, Tau and co.

READ: Pitso hits out at SAFA head of referees