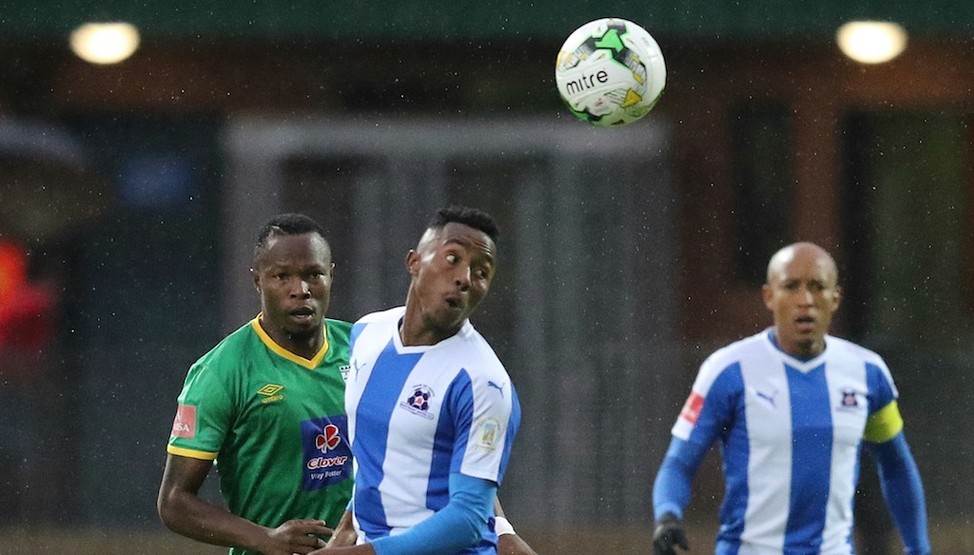 Kwanda Mngonyama and Mohau Mokate scored in the first half, before Jose Garcia pulled one back midway through the second, but Bevan Fransman settled the match with a great late free-kick.

Maritzburg enjoyed majority of possession in the opening exchanges but failed to test Oscarine Masuluke.

It was the visitors who had the first attempt at goal, albeit off target, as Mxolisi Kunene sent his snapshot from outside the area wide of goal.

The hosts grabbed the lead from a corner in the 11th minute, as Kwanda Mngonyama popped up unmarked at the back-post to fire home a left-footed volley after poor defending from Baroka.

Midway through the half, Mohau Mokate headed home to double their advantage as Baroka again failed to clear a set-piece.

Mokate had a glorious chance to get his second goal, getting onto the end of Maboe's defence-splitting pass and doing well to round Masuluke, only to be be denied by a great last-ditch block.

Baroka eventually reached the opposite end of the park as Marshall Munetsi called Virgil Vries into action with a good effort in the 35th minute.

Kgaswane was brought down by Mngonyama on the hour mark, with referee Lwandile Mfiki pointing to the penalty spot, allowing substitute Garcia to slot home to pull the Polokwane-based side back into the tie.

Garcia had a chance to equalise in the 69th minute as he burst through the middle and into the box, but Mngonyama excellently cut across to block the shot with a well-time sliding challenge.

The former Highlands Park attacker then saw his driven free-kick sail narrowly over the crossbar in the 73rd minute, as Bakgaga continued to probe for an eqaliser.

Mokate could have restored the two-goal cushion with 10 minutes to go, after Ndlovu whipped in a ball, but the striker misdirected his effort off target.

Bevan Fransman then got the crucial goal to ease the pressure on Maritzburg, as the defender drove home a free-kick from the edge of the box.

Andrea Fileccia could have joined in the action, after being played in by Kurt Lentjies, but the Belgian frontman sent his shot wide as Masuluke rushed off his line.