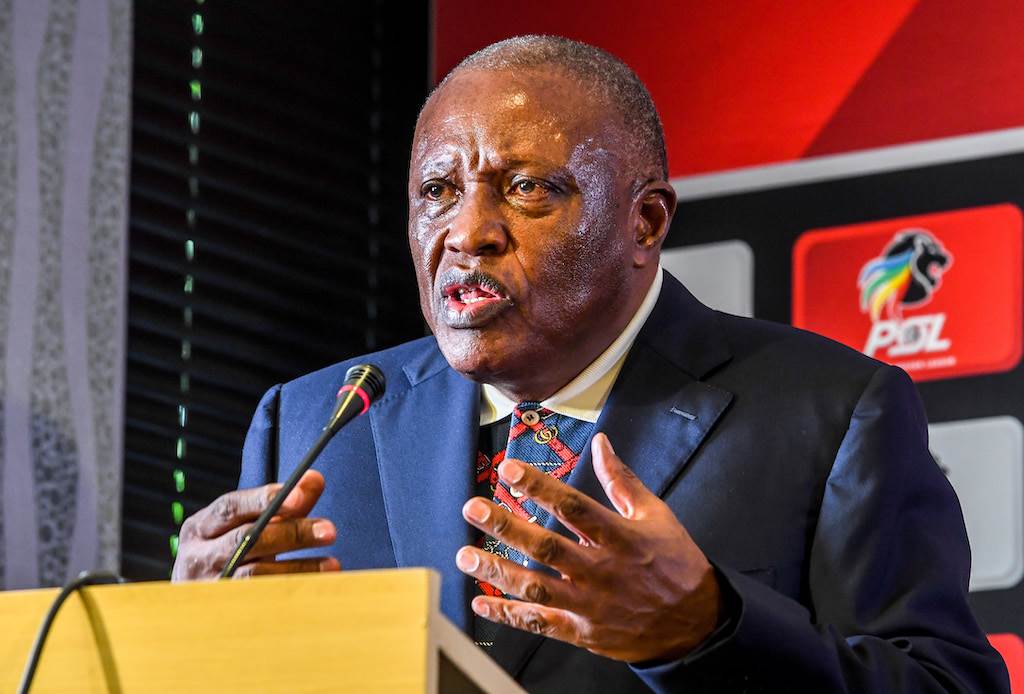 Premier Soccer League chairman Irvin Khoza is set to finally address speculation regarding the resumption of the 2019/20 season.

The PSL has announced that Khoza will on Monday, July 13, hold a press conference to provide details on their return-to-play plans.

This comes nearly four months since the 'Iron Duke' last addressed the media over the League's suspension due to the Covid-19 outbreak in March.

Since then, there have been several meetings amongst the PSL executive committee, SAFA, government as well as the board of governors but nothing definitive has been communicated.

As reported by snl24.com/kickoff on Thursday, a proposed date for the resumption of the Absa Premiership and Nedbank Cup has been set for July 19, with speculation elsewhere varying between July 18-22.

The press conference is expected to address this and other details surrounding the 'biologically safe environment', where all teams and matches will be hosted until the completion of the campaign.

EXCLUSIVE: Tshisevhe: Witchcraft has destroyed me

The media conference will be at 12h00 LIVE on @SuperSportTV

The League will advise on other live platforms in due course. pic.twitter.com/1TnHhXJh0H