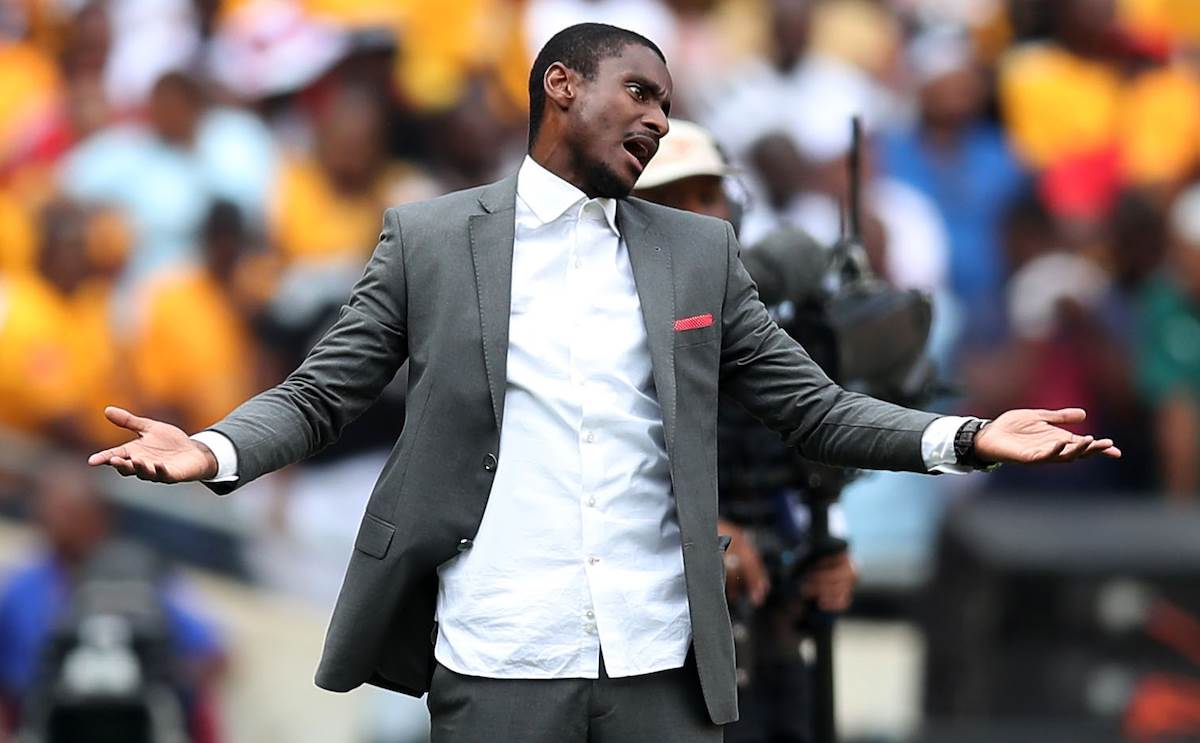 Pirates coach Mokwena was left raging after his team was beaten 3-2 in the Soweto Derby on Saturday and slammed Amakhosi for using perceived dirty tricks to win the match.

The tension between Mokwena and Ernst Middendorp was felt during the post-match press conference, where Mokwena pulled no punches.

"Yes, as coach Ernst said some of us take one two, three, four days or maybe a week but [to recover] it's okay. The reality of the situation is unfortunately there was thuggish behaviour.

"We can't condone it. That doesn't belong to South African football. We can't go back to [old] times. We've moved so much in terms of making sure Pirates and Chiefs fans sit together at stadiums.

"We can't condone behaviour that brings us back into a situation where we get stampedes and violence, and things that happen on the field. It can't happen.

"If that is what we want as South Africans then we haven't learnt our lessons. It's not right."

Mokwena went on to reference Mamelodi Sundowns coach Pitso Mosimane, who recently spoke about Middendorp's "honeymoon in Thailand" after he become frustrated at Maritzburg United in 2016.

The Pirates coach could not resist the opportunity to take another dig at the German coach.

"Sometimes people slam me left and right and think I don't see. But I keep quiet and move on. You can slam, it's okay, it's alright. But don't punch my players."