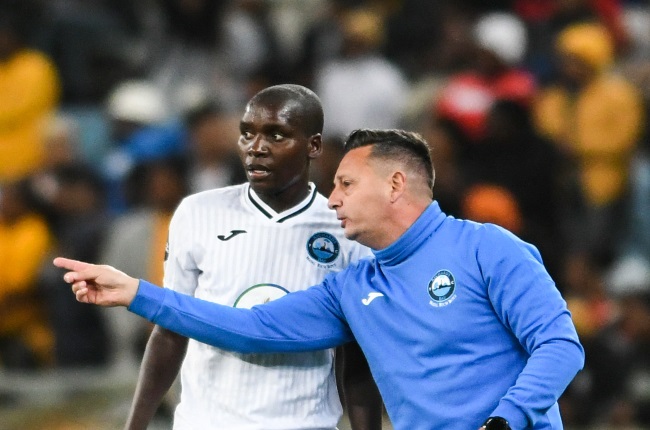 Richards Bay co-coach Vasili Manousakis has revealed what he believes is the secret behind his side's impressive form in this season's DStv Premiership campaign.

Despite the current campaign being their first-ever appearance in the top-flight of South African football, the Natal Rich Boyz are sitting in second place on the log table, just one point behind log-leaders Mamelodi Sundowns after 10 games.

Following the club's draw against Orlando Pirates away,  co-coach Vasili Manousakis says the personalities in the team are the key to the side's success.

"No egos, we’ve got good personalities, fantastic personalities, but no egos have arrived. No 'I deserve to play' and 'I'm so and so' and I think that’s been the key," Manousakis explained.

"You even look at the way we started against Pirates, and on Wednesday [against AmaZulu] we had eight players from the second division, only Nyauza and Mabaso, and Mamela and that tells you something. It tells you that the guys are up for it

The KZN side is one of only two teams in the league without a loss in their last five matches, alongside Kaizer Chiefs.

"We respect teams but we don’t fear them. That’s pretty much our approach to every game."

"We’re a team that grinds and that has to work harder than a team that’s got more talent. We probably did that in the second half [against Pirates].

Richards Bay will have a chance to continue their fairytale run in the premiership when they host bottom-of-the-table Maritzburg United on Saturday.