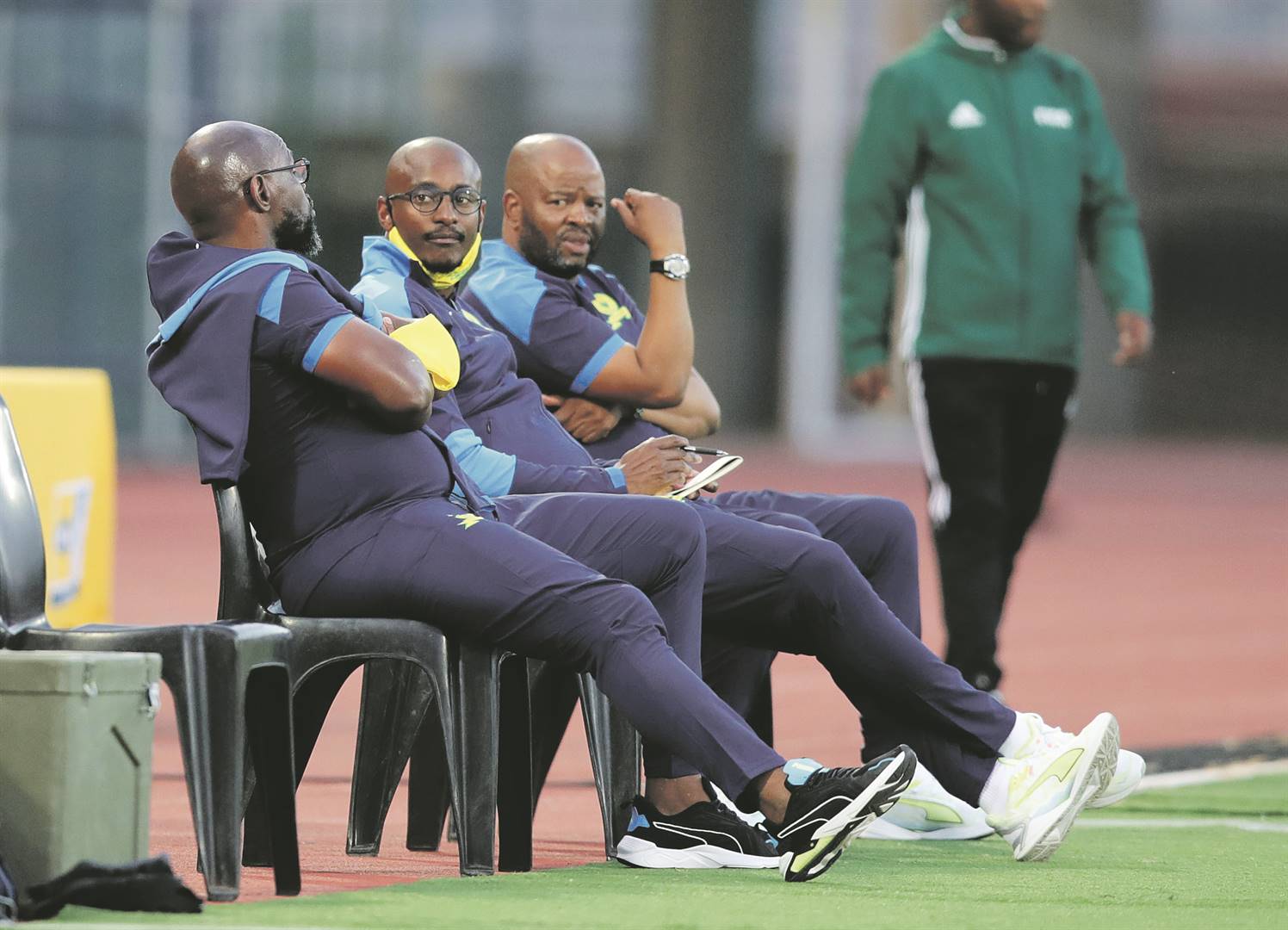 Retired footballer Hilton ‘River’ Jordaan who featured for Mamelodi Sundowns opines that the new-found co-coach system in SA football is a recipe for disaster.

The former technical team composition at Mamelodi Sundowns and Royal AM have been described as a bomb waiting to explode.

Sundowns have now reshuffled their bench with Rulani Mokwena as head coach, Steve Komphela as first team coach, and Manqoba Mngqithi as the senior coach.

Mokwena and Mngqithi were appointed as co-coaches two years ago after the departure of Pitso Mosimane with Komphela then joining as a senior coach.

The opinion of Mngqithi would prevail but he has now been pushed aside with Mokwena now the head coach.

"This thing of co-coaches or head coach plus senior coach, and a first-team coach is confusing," says retired defender Hilton ‘River’ Jordaan who had a stint with Sundowns through his playing days.

"We are the only country that has such arrangements.

"I mean this thing didn’t work at Royal AM because there is always that one person that wants to be the boss and make the decisions because they have the power. "Even in business there must be a head of business and you can’t have three CEOs.

"If you are the head of a company, you are the one in charge and that is the end of the story.

"It is the same in football.

"I feel it just doesn’t make sense to have two or three guys in charge like they are doing it at Royal AM and Sundowns.

"I know at Sundowns they keep changing the titles given to the three guys, but I don’t think it works to have three guys all in the same boat because the reality is that there are going to be clashes.

"The structure must be clear for all so that it doesn’t affect the players.

'For now, it is a bomb waiting to explode.

"Steve and Manqoba have been head coaches before so they also want to have their input just like Rulani and they are all coaches who can be head coaches at other clubs if it wasn’t for the money that they are earning at Sundowns.

"It is not the right recipe but maybe at Sundowns the situation is saved by that they recruit the best players around.

"The trouble with our football is that there is way too much politics happening behind the scenes and in as far as co-coaching is concerned it just doesn’t work and this is my opinion," says Jordaan.

Related Links
Kekana: Sundowns' defeat to Pirates was hard to take
WATCH | Mokwena reacts to being appointed as Sundowns head coach
CONFIRMED | BLOW for Sundowns as Shalulile ruled out for rest of year
Next on KickOff
Zondo praises Royal AM's character despite loss