'We deserved to win' - Kaitano Tembo 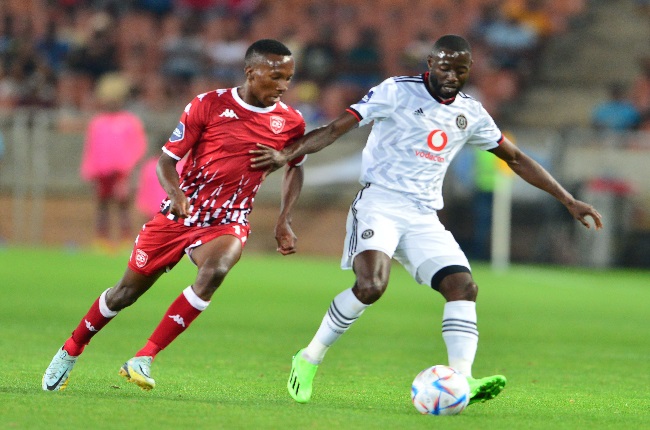 Sekhukhune United head coach Kaitano Tembo has insisted his side deserved to walk away with all three points in a shock win against Orlando Pirates.

Tembo was in a confident mood after Babina Noko collected a precious three points against high-flying Orlando Pirates on Tuesday at the New Peter Mokaba stadium in Polokwane.

"I think [it was a] well deserved three points," Tembo said post-match.

"I thought we played very well. We started very well in terms of possession. We did what we wanted to do in terms of turning their defence and forcing them to defend on the side."

READ | Erasmus opens up on Pirates return against Downs

Pirates were reduced to ten men when defender Thabiso Monyane was sent off early in the second half after receiving a second yellow card.

"We had some good chances. Second half as well. I think when they went one man down, we kind of slowed the pace a little bit. After we made the changes we energised the team," said Tembo.

"And the changes made a huge difference to the team, but well deserved three points. We’re putting this game behind us now and we’re looking forward to Friday’s game."

This was only Sekhukhune’s second win of the season after beating Golden Arrows at the start of August.

Tembo’s men will now turn their attention to Saturday’s clash against SuperSport United.