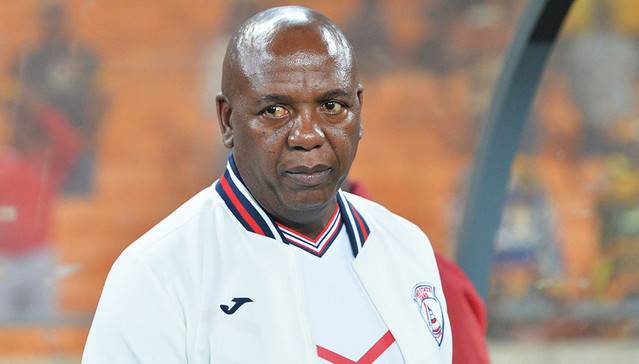 Letsoaka gave all credit to his players as he praised their work ethic and mental fortitude to hold on until the death to beat the Buccaneers 3-2 in a pulsating affair.

Speaking to SuperSport TV after the match, he said: "I must give credit to the boys for the hard work they put, I'm happy with the three points – it doesn't matter how it came.

"The boys really fought for it, they defended very well in the last minutes and I give it to my boys after the hard work they put in."

The former Bloemfontein Celtic mentor also felt the recent international break came at a good time for his side as they showed good energy out on the park.

"We worked really hard during the FIFA week and the break really helped us to have this kind of energy, but I still think in the second half we went a bit down," he added.

"But to know you are one-up against Orlando Pirates, the boys mentality just switched into that mode of saying 'let's defend this that we have', and they did well."

Stars and Bucs will meet for round two as they face each other in the Nedbank Cup Last 16 at the same venue in a week's time.