South Africa U-23 Player ratings vs Denmark at Rio Olympics 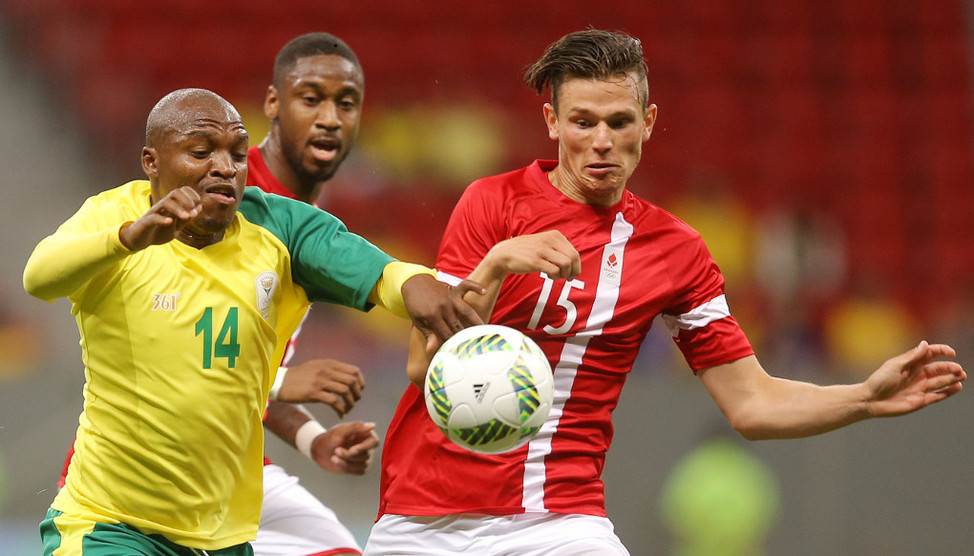 Showed his experience to keep South Africa in the game with a brilliant one-on-one save to deny Denmark captain Vibe, who was clean through on goal in the 29th minute. Again denied Vibe in the 36th minute with a low stop under pressure. Was left somewhat exposed by his defence when he conceded in the 69th minute.

Looked a shadow of himself as he left gaps in central defence, while his aerial play was lacking too. Could have been punished in the 29th minute when Vibe broke through on goal. Also caught ball watching as Skov slipped through behind to open the scoring for Denmark.

Defended excellently to cut out a Denmark counter-attack in the 47th minute, which could have been dangerous for Khune. Also provided good options down the left flank when attacking.

Didn’t see much of the ball in the first half, but saw his 30th minute effort hit the crossbar after Hojbjerg got a slight touch on his shot. Struggled to create space for himself up front and failed to create opportunities for teammates. Was taken off for Morris in the 61st minute.

Came on for Moerane at half-time. Gave away possession in good areas and failed to create clear openings. Helped out in midfield but failed to track back quickly during Denmark counter-attacks.

Came on to replace Mothiba in the 61st minute. Received a yellow card for a late challenge shortly after coming on. Looked off the pace, and failed to create scoring opportunities.

Came on in the 77th minute for Mngonyama. Did not play long enough for a rating.