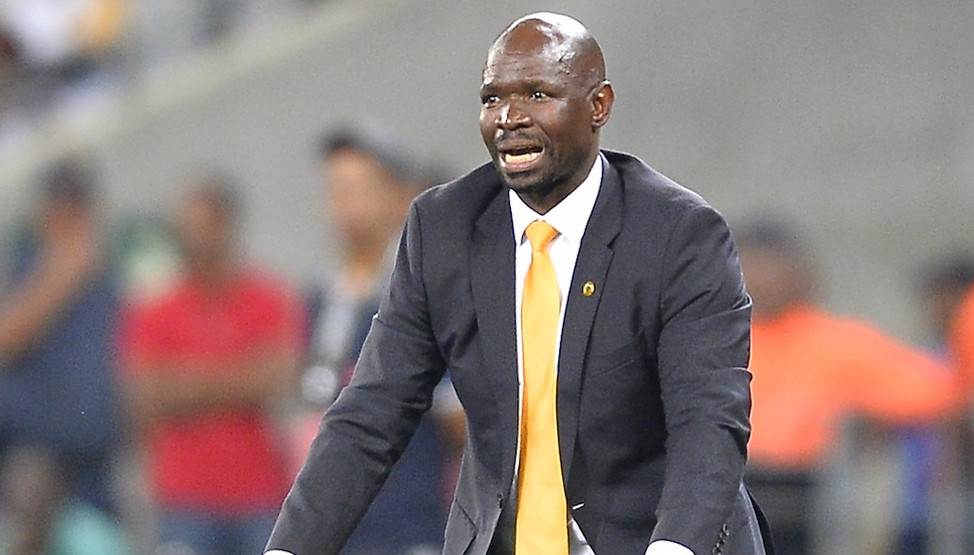 Amakhosi saw their 15-match unbeaten run come to a halt as The Citizens claimed three points in their Absa Premiership clash at the Cape Town Stadium on Tuesday evening.

Komphela conceded that it was an entertaining match to witness but knew the result was not what the fans wanted, as he guarded his players from criticism.

"Both teams went for each other. I thought in the first half we gave them too many transitions, which is their strength, we can't play to their hands," he told SuperSport TV.

"Second half [was] a completely different ball game. But the match itself, I thought, had energy – a beautiful match to watch. Just that coming at the end of it, saying 'you're on the losing side' doesn't feel nice.

"Should we have won the match? I think so. There was a stage where there was chance after chance, after chance, even Eric [Tinkler] says he was telling his bench, 'these guys are going to score'.

"For somebody who's not a Chiefs fan, they will say 'what a match!' But for our people the result is not good enough. Performance-wise, you can't falter [sic] them [the players]."

The former Maritzburg United mentor also admitted that it was a match they could look back on and regret at the end of the season, should their efforts to win the league title come to naught.

"You look back and say, 'goodness me'. There's many of them [games we will look back on and regret] – I don't know how many draws we've played, even out of those there are matches we should have won," added Komphela.

"Penalty, five minutes to go, you don't take it and lose. There's a match where we give away silly goals, like today. We don't concede three goals in a match, it's completely uncharacteristic, but it happens.

"This is one of those matches where you'll say, 'these three points would have counted,' but again, we can't do anything about it. Let it go and move on, look at the next match.

"Five to go, it's the final countdown – five, four, three, two, one... game over. So we'll just have to count them," he concluded.