According to reliable sources close to Abafana Bes'thende and Komphela, the 53-year-old coach handed in his resignation letter on Sunday.

With just a week to go before the start of the 2020/21 season, it is believed the former Kaizer Chiefs coach is on his way to join Mamelodi Sundowns' technical team.

"Komphela has resigned as coach, he is heading to Mamelodi Sundowns," a close source informs KickOff.com.

Komphela's representative could not be reached for comment but Arrows chairperson Mato Madlala picked up her phone.

"It's Sunday afternoon, I don't make comments about work, so I won't comment," Madlala replies.

Never ask STRENGTH if he’s STRONG. Umfundisi always has a bible with, we never ask if they have one ??????? https://t.co/0vRbZwb5cG

Indications are that Komphela could be set for an assistant position next to Sundowns' co-coaches Manqoba Mngqithi and Rhulani Mokwena, the latter of whom hinted at the move on Twitter on Sunday as he bantered with his former Platinum Stars mentor.

Mngqithi was instated as the more senior figure when Sundowns announced the pair as joint head coaches, with Komphela now expected to add more experience to the management trio.

Komphela was appointed at Arrows at the start of the 2019/20 season and led the team to 12th place in the league after a poor run during the PSL bio-bubble.

With new men in charge at Sundowns, check out all the new signings they will work with in the 2020/21 season 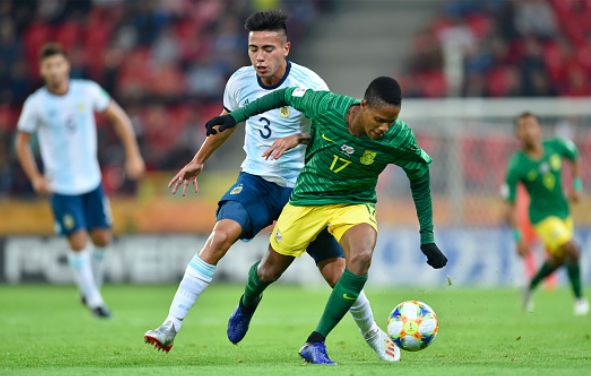 Rushine De Reuck - The 25-year-old has been signed from Maritzburg United on a five-year deal.
Next on KickOff
'We believe in him' - Zwane defends under-fire Chiefs star