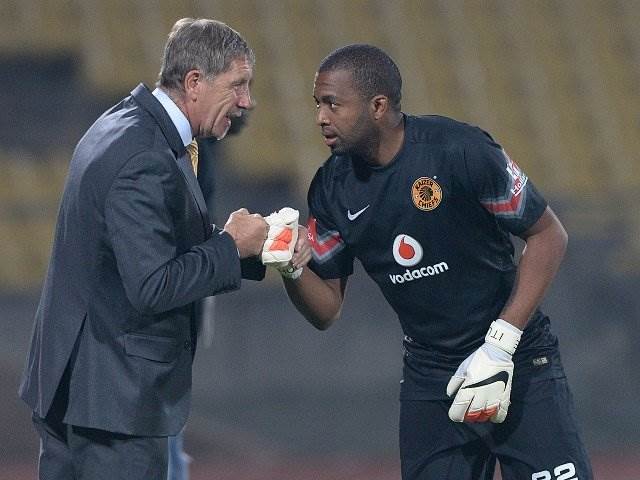 Stuart Baxter has resisted the temptation of raising the expectations of the thirsty Kaizer Chiefs faithful by declaring that he will deliver trophies again.

Chiefs have failed to win silverware in the six years since Baxter left Naturena, with Steve Komphela, Giovanni Solinas, Ernst Middendorp and Gavin Hunt all having fired blanks.

This has meant Amakhosi have now endured their longest ever wait for silverware in their history and Baxter is expected to come in as the saviour – the same way he did in his first spell after the club endured a barren 2011/12 season.

"We will do our best to find the right balance because we want to get results that our supporters are proud of. We will work very hard on our attacking play so that will be the basis for our game," he outlined in his media address.

"Attacking football and its efficiency means we must first strike that balance. My job is to make Kaizer Chiefs a winning team as well as being an entertaining team. Since I have been here, we have had a couple of games where it was vital to be strategic.

"This will be a work in progress and we are not giving up on the fact that we need to win and get results in the meantime."

However, what will matter the most for the fans is whether he can deliver trophies after previously landing four in the three years he spent in his last stint.

"As a coach, you have to be very careful making hot air type of promises just to stir up enthusiasm. Kaizer Chiefs have not won anything for a long time," he added.

"They have gotten close, but they have not won anything. When I first came it was the same sort of situation. I didn’t promise that we would win anything in the first year and I won’t promise that now because those sort of over-optimistic promises put pressure on these players who must go out and deliver.

"What I will promise is that the work we do here at Naturena will prepare these soldiers for battle and, when we go into battle, I will promise that we will not sell ourselves cheaply.

"That will be the promise that I will make. Hopefully, that will lead to good results, confidence in the group, belief in what we are doing and will fuel better results and we will then kick on and start to bring some pride to the supporters, pride to the players.

"I am not saying it has not been done before, but I am just saying that is what needs to be done if we are going to have the sort of results that we need to pick up some silverware."

Chiefs square off against Orlando Pirates in the return of the annual Carling Black Label Cup on Sunday (17h00) at Orlando Stadium, with their first competitive clash of the season against Mamelodi Sundowns in the MTN8 quarterfinals set for August 14.