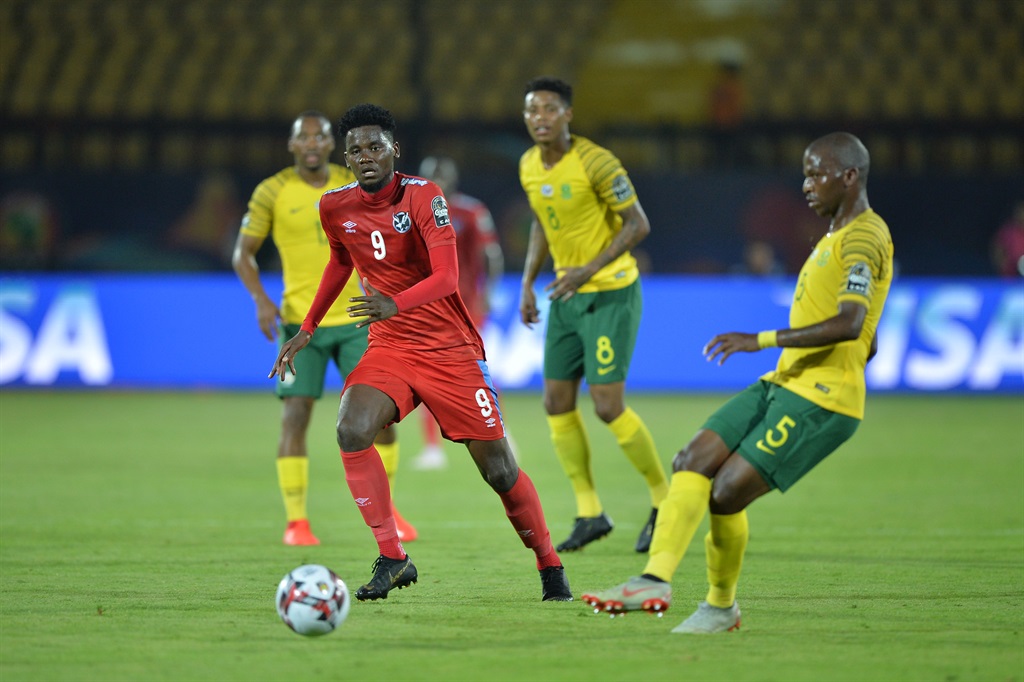 Benson Shilongo of Namibia during the African Cup of Nations match between South Africa and Namibia at Al-Salam Stadium.
Ahmed Hasan

DStv Premiership side SuperSport United have reinforced their attacking department by completing the signature of Namibian striker Benson Shilongo.

The 30-year-old striker has returned to South Africa following a spell in Israel with Maccabi Bnei since January who he joined from Egyptian side Ismailly.

According to a source within SuperSport, Shilongo has signed a three-year deal with Matsatsantsa after impressing head coach Gavin Hunt.

"Benson has signed with Supersport United," a source confirmed to KickOff.

"He is set to be unveiled before the end of this week."

Shilongo was in attendance as SuperSport United defeated Royal AM 3-1 in a DStv Premiership clash on Tuesday.

The Namibian has made 34 appearances for his national side while scoring nine goals.