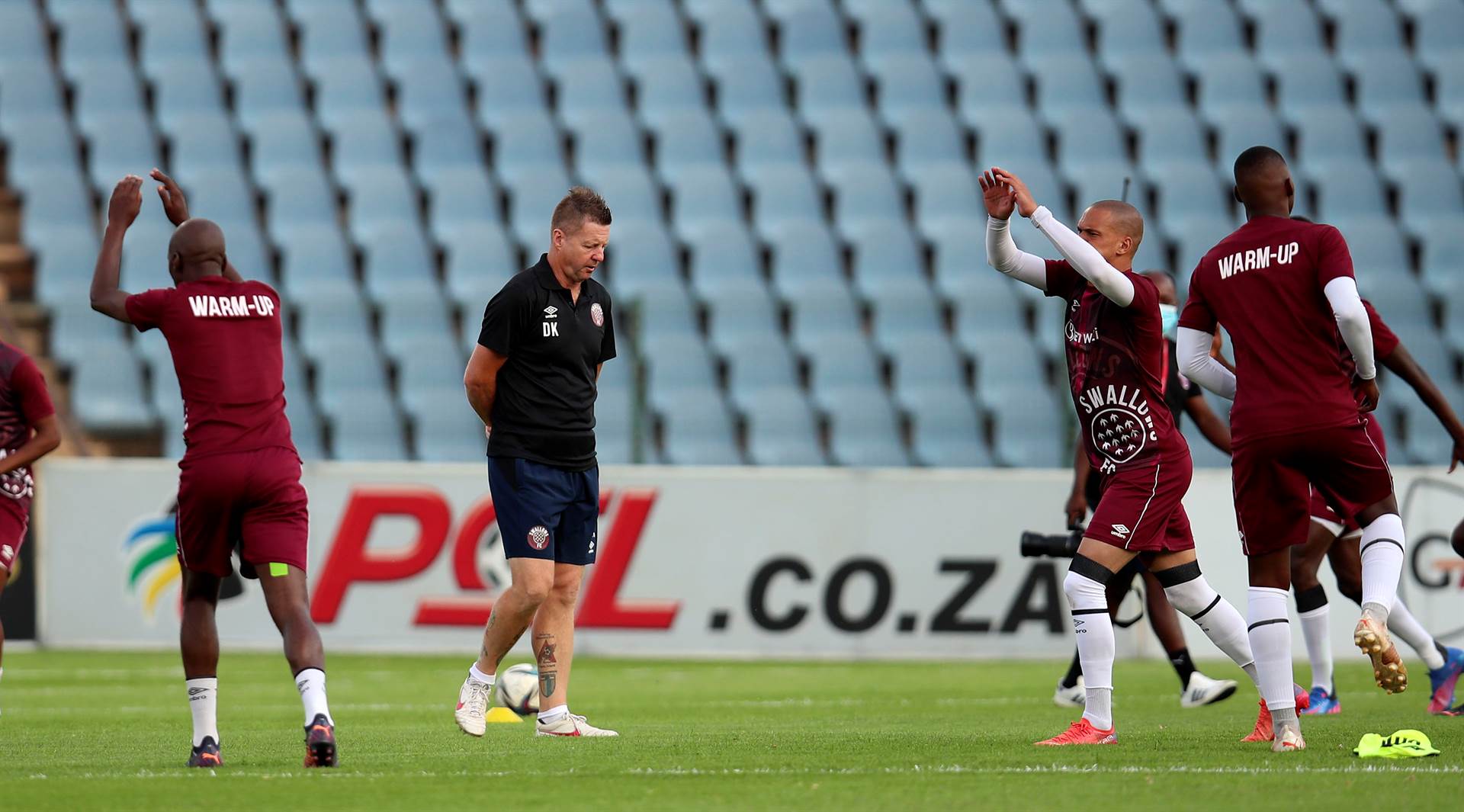 Current Coach Dylan Kerr – whose contract expires at the end of June – joined Swallows on a short-term contract nearly halfway through last season after the club’s disastrous start to their 2021/22 Dstv Premiership campaign under Brandon Truter.

At the time of Kerr’s take over, the club was slumping at the bottom of the table with just eight points from their opening 12 games.

The 64-year-old is then largely credited by many with helping the club retain a top-flight status after fending off Tuks and Cape Town Spurs in the Promotional Playoffs. Club Chairman David Mogashoa however, has a different view of the situation.

"The coach had 18 games. With 18 games, you can’t say a person saved the club. The club actually almost got relegated, and with 18 games we expected to finish around maybe eighth or 10th, but not to be fighting relegation," Mogashoa told SABC Sport.

The chairman did, however, acknowledge that the Sowetan club was already embroiled in internal tumbles at the time of Kerr’s arrival, which would have made his job that much more difficult.

"I wouldn’t actually blame the coach entirely because he came and found the squad there, it was a bloated squad. There were unhappy players because most were not playing, and that’s part of the reason, but I wouldn’t go as far as saying the coach saved the club, no," Mogashoa added.

Kerr and Swallows are set for showdown talks in the coming days and the club will announce if Kerr’s contract will be renewed or if a new coach will take the helm on Monday, 4 July.

On Tuesday, Mogashoa took to social media to provide some clarity for the club’s supporters.

"Dear Maswaiswai, we understand the pain you went through the past season. I want to assure you that our silence does not mean we are not doing anything.

"We are working tirelessly to correct the mistakes that happened last season and to make sure we build a club for the future," he wrote.