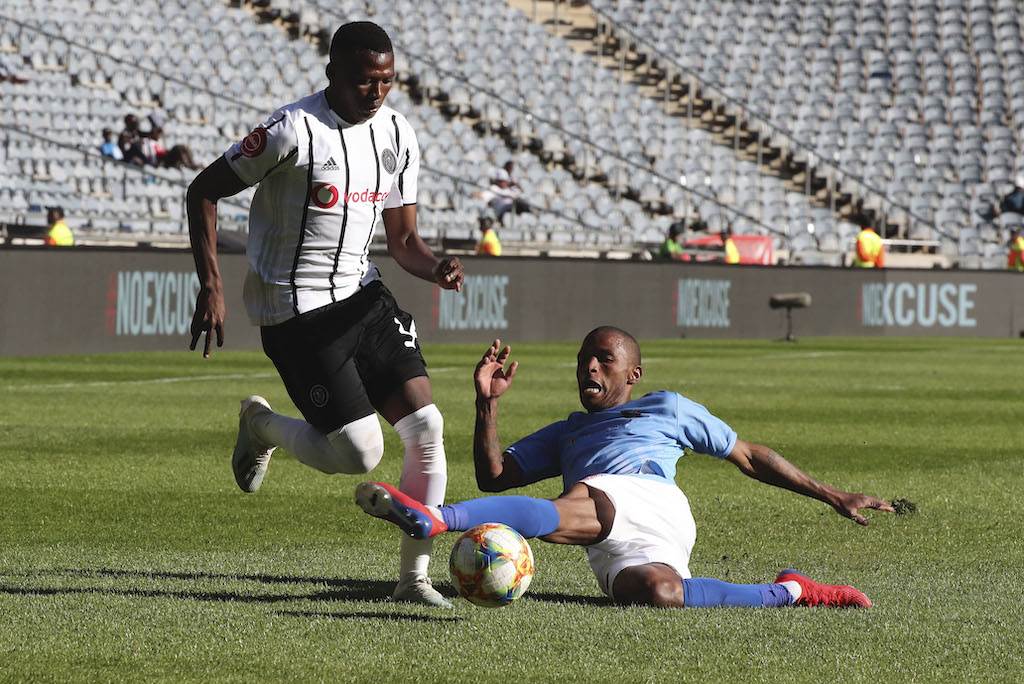 Orlando Pirates defender Thabiso Monyane has revealed the sort of advice he received from a prominent figure in the club’s setup, with the core thereof to "be as dumb as possible".

These were the words of Pirates skipper Happy Jele, who is at present the most experienced member in as far as the club goes, given his 13 years as a Buccaneer.

READ: 'Pirates need a miracle to win the league'

Monyane is currently in his very first season and, though he is known as a striker at the junior national setup, he has been introduced as a right-back for his club.

This is also an area in which Jele made a name for himself when he first arrived on the scene back in 2006, and the 19-year-old has since revealed what was said to him by his defensive partner.

“At training, they [seniors] always sit me down and we talk, especially the likes of Happy Jele – he always advises me because he has played in this position, and he knows and is more experienced,” said Monyane.

“So, all he had to say to me was, ‘For this season, my boy, I want you to listen and learn. Just be as dumb as possible and learn whatever you can, so that you continue to gain experience.”

READ: Jele: We must fix the house first

As for his competition with the likes of Asavela Mbekile, Mthokozisi Dube and Abel Mabaso, Monyane insists he has felt nothing less than a brother to his counterparts.

“It’s a healthy competition, if I may tell you, because they’ve been nothing but brothers to me – they’ve been supportive and it’s been a rollercoaster of a season, as you know, but they’ve been very much supportive of me,” he added.