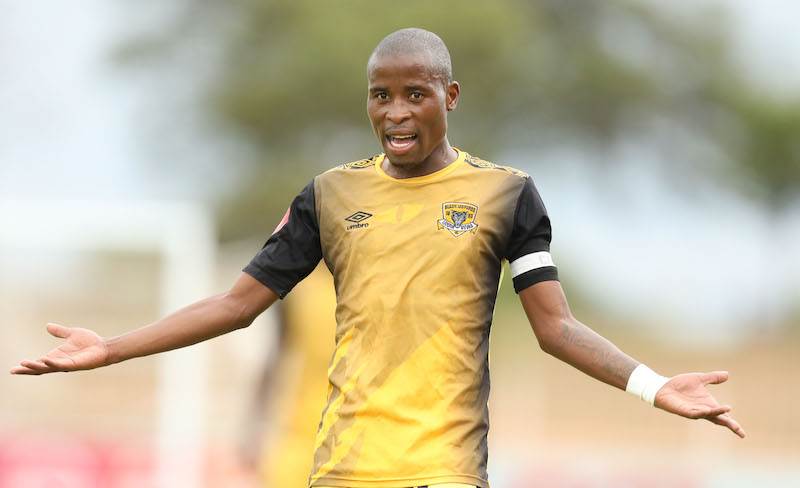 'Festival' has been named in Molefi Ntseki's squad to face Sao Tome in 2021 Africa Cup of Nations qualifiers, and he says it didn't come as a surprise to him.

The former Orlando Pirates left-back believes as long as you qualify to play for Bafana, you must always be ready for a call-up.

"Ja to be honest, if you have a green barcode South Africa ID, and you are playing in the PSL, you must always expect a call-up from the national team," Matlaba tells snl24.com/kickoff.

"Unless you announce retirement that I'm no longer playing for the national team. So if you are playing in the PSL you must always expect a call-up. I never gave up that I will be in the national team again. So I'm not surprised.

"Even when I left Pirates I had opportunities of joining other big teams but I chose to go to Leopards because I wanted to help Leopards you see. So I've also got ambitions. When you play football you must have ambitions.

"I told myself ... 'No problem, I will go there and play football, but I see myself in the national team again if I push myself because I'm still playing PSL football, I have a South African ID and any time and any day they can call me.'"

Matlaba says he can easily play for another five years.

"If you are a person you must humble yourself you see, you must put the team first before other things. You must be a role model to the others in that small team you are going to.

"You must set an example. They must say, 'This guy is from a bigger team but is still pushing, still working hard. This guy is from Pirates but still wants to go far.' So it motivates them."

Matlaba also had some wise words for people who questioned his Bafana selection.

"I will talk about the positive things in life. In life if there are people who are phoning you, congratulating you for being back in the national team, wishing you good luck ... but on the side of negative, there's always going to be negative whether you do good or have it bad.