The rise and rise of Senzo Meyiwa 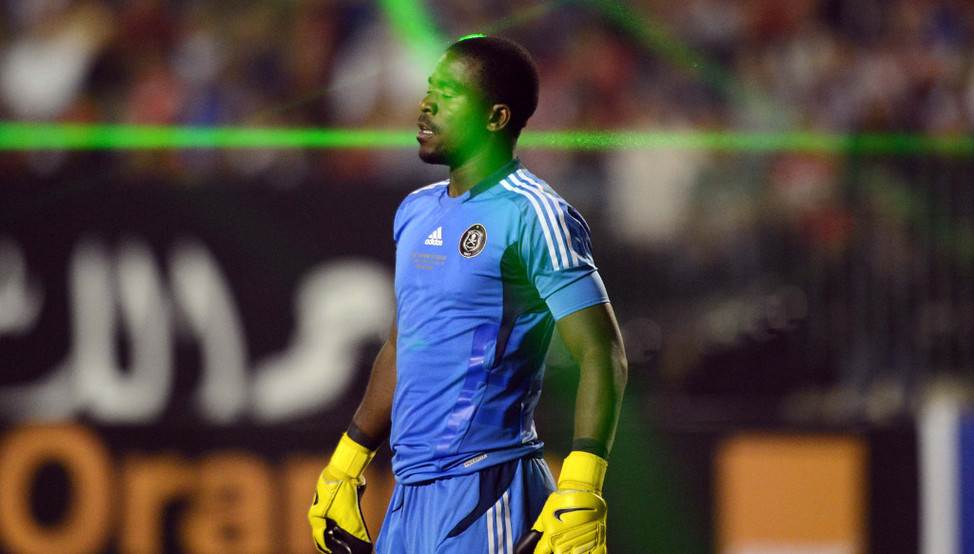 Born in Umlazi, Durban 27 years ago, he began his career with London Cosmos before joining Pirates’ juniors.

From there on his career progressed as he went on to play for the national Under-17s and Under-20s.

And while it was his good friend at Kaizer Chiefs, Itumeleng Khune, who first made a name for himself in the PSL, it was Meyiwa who was the first-choice for the national Under-23s.

At club level his career was not picking up as fast as he would have hoped. Despite making 25 appearances during the 2007/08 season, Meyiwa was back to being an understudy during the 2008/09 campaign as Moeneeb Josephs arrived from Bidvest Wits.

Josephs kept the number one jersey, but when he suffered a long injury lay-off during the 2012/13 season, then Pirates coach Roger de Sa gave Meyiwa a chance – and stuck with him even when Josephs was available again.

The move paid dividends as Meyiwa’s performance in 2012 helped Pirates reach the CAF Champions League Final, with his most memorable performance coming against TP Mazembe in the semifinals, where he overcame a hostile crowd and terrible refereeing.

So when Shakes Mashaba took over as the Bafana Bafana coach, he put faith in the Pirates man following first-choice Khune’s injury, even giving him the captain’s armband.

Meyiwa did not disappoint. He played in all the 2015 African Nations Cup qualifiers – against Sudan, Nigeria and Congo – and kept a clean-sheet in all four matches.