TS Galaxy head coach Sead Ramovic has hit out at the standard of refereeing after claiming Kaizer Chiefs were 'gifted' a goal as the two sides played out to a 2-2 draw in a DStv Premiership clash at FNB Stadium on Wednesday.

Ramovic described Chiefs’ goal as having been a 'great gift' arguing that the foul which led to Keagan Dolly drilling home the equaliser should not have been given.

The referee Thokozani Mkhize was initially hesitant in blowing the whistle for what he adjudged to have been a foul on Ashley du Preez by MacBeth Sibaya on the edge of the box.

"I don’t want to make excuses because they played well and, in the end, they got a great gift, and now my question is if a coach makes a small mistake or a big one, he can lose a job," Ramovic said.

"If a player makes a bad mistake, he can also lose his job. What about if the referee makes a bad choice?

"Now then this is what I feel we should talk about. I don't want to blame anyone. but we have to improve the game because it is not just today.

"It is many games that we see mistakes. 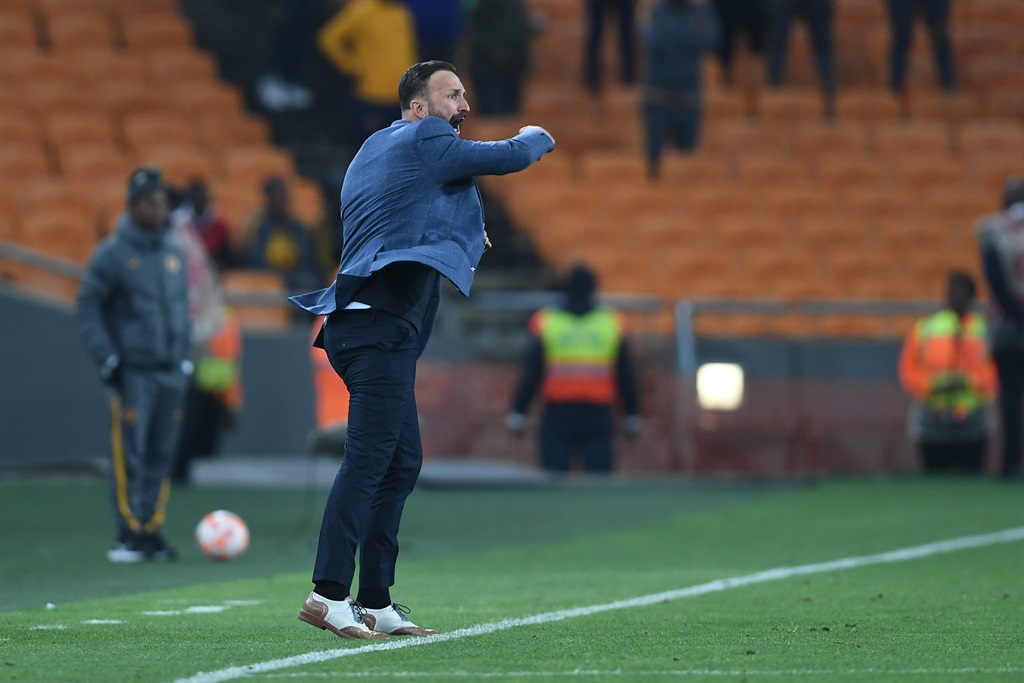 "The game against Chippa they said it was offside, but it wasn’t offside, so we have to talk about these kinds of things.

"Everyone makes mistakes, also me, but what should we do to improve because this kills many teams and now, we lost two points.

"I also have to give credit to my team because everyone has been writing about that we didn’t score but today we scored two goals though we only got a point.

"Yes, we are happy and yes we have to score more," says Ramovic.

Ramovic was back on the TS Galaxy bench on Wednesday after missing the last two games due to personal issues that he was attending to in Europe.