Where the Tshwane derby was won and lost Sundowns striker Jose Ali Meza touched the ball just 13 times prior to being replaced on the hour-mark by Sibusiso Vilakazi, who then had 30 touches of the ball. No player on the pitch had more shot assists than SuperSport striker Thamsanqa Gabuza (5). Sundowns skipper Hlompho Kekana registered the most shots (6) but only one of these were on target. SuperSport midfielder Teboho Mokoena was the star his side’s showing with 48 touches, 37 passes and one shot on target from two attempts. Of Sundowns coach Pitso Mosimane’s three substitutes, only Lebogang Maboe managed a shot at goal but this was off target. SuperSport defender Bongani Khumalo made the most number of clearances (10) than any other player on the park. 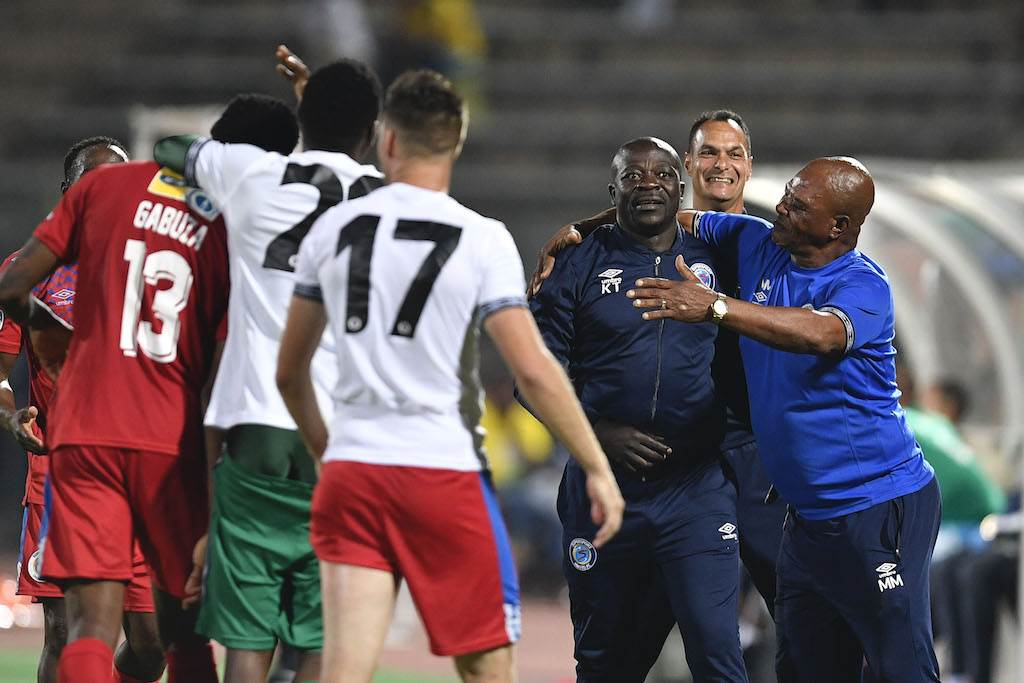 Mamelodi Sundowns and SuperSport United played out a thrilling MTN8 semi-final second leg on Wednesday evening, and snl24.com/kickoff looks at how the game was won and lost.

SuperSport advanced to their third successive MTN8 final as they downed The Brazilians 2-0 in their semi-final second leg at Lucas Moripe Stadium last night.

Former Orlando Pirates striker Thamsanqa Gabuza proved the hero once again as he picked up both assists for Teboho Mokoena and Jamie Webber’s strikes in either half.

Though Sundowns dominated possession, with a total of 63,1 percent compared to Matsatsantsa’s 36,9 percent, it was Kaitano Tembo’s more potent attack that ultimately won them the game.