Who is Adel Amrouche, candidate to be new Kaizer Chiefs coach, as Gavin Hunt remains favourite 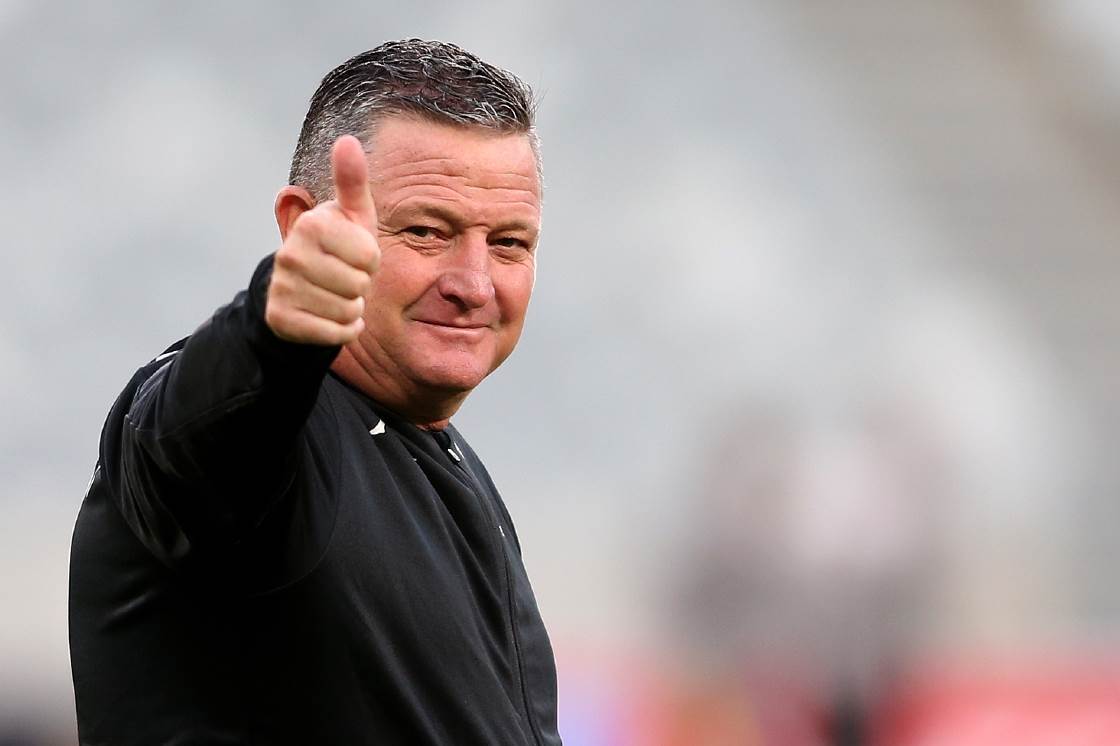 Kaizer Chiefs are on the brink of selecting their new manager with three front-runners emerging for the job. KickOff.com dissects the records of each candidates' credentials.

Since Chiefs announced the sacking of Ernst Middendorp last week, several names have been linked with the hotseat but the club's hierarchy have seemingly trimmed down the shortlist to Gavin Hunt, Stuart Baxter and Adel Amerouche.

Hunt has been the clear favourite amongst the Amakhosi faithful due to his vast experience and success in South African football over the past two decades, and the club's pursuit of the four-time league winner has been comprehensively reported since the season ended.

Baxter, who is contracted to Odisha FC in India, was also contacted after the departure of Middendorp while the Algerian coach is currently in charge of the Botswana national team.

So, who is Adel Amrouche?

The Algerian holds a CAF A Licence, UEFA Pro Licence and currently serves as a mentor for students in the Pro Licencing course in Belgium, where he's also served as a general coordinator for Union Saint Gilloise over the past 17 years.

His accolades in the game include two Linafoot titles with DC Motema Pembe in the Democratic Republic of Congo, the Congo Super Cup, and the CECAFA Cup with the Kenya national team.

Famed for his strategic development strategies within youth structures and tactical flexibility, having deployed a short-passing, fluid game with the Congolese giants and the Harambee Stars, Amrouche should also be remembered to South African fans.

He was in charge of the Libya national team in the 2019 Africa Cup of Nations qualifiers and nearly derailed Bafana Bafana's hopes of reaching the continental showpiece.

"When I was in Congo, I played tiki-tika, one touch, two touches, pass and move and in three years we only lost four games," Amrouche tells KickOff.com.

"Two leagues, one Super Cup and in Kenya I changed the style of play completely for a short-passing game, attractive football.

"You saw against Libya too when I faced South Africa I changed it up with a good tactical organisation and one or two players I offer tactical freedom.

He continues: "It's our duty as coaches to increase the tactical awareness and knowledge of players if you want players to move to Europe, you need to play that kind of football and offer that level of training.

"The skilful players need to develop intelligence on the pitch and that is what I can offer. In Africa the issue is players get the ball, they think, think and think and then maybe release, and that needs to change – where they know where they will play before they get the ball.

"Also, professionalism is key for any improvements. Their lives off the field to their diets is as important as everything else."

While his extensive network of players and coaches around Europe and Africa may be unable to be tapped in with the transfer ban, the former USM Alger coach already has a clear understanding of the Chiefs squad having studied the South African top-flight extensively during his national team roles with Burundi, Kenya and now Botswana.

Hunt and Baxter's experience of managing in the PSL holds a clear advantage over the Algerian but his record of development and improving players at his disposal would be imperative as Chiefs require a coach to utilise their current squad of players that finished as runners-up in the 2019/20 league campaign.

The 52-year-old, who first popped onto the radar of Chiefs back in the mid-2000s, sent 23 players including former defender Valery Nahayo to Europe during his five years with Burundi and was said to have been recommended by the towering defender back then.

Having started his managerial career in 1995 with Seven Stars in Cape Town, the 56-year-old has put in the hard yards to earn an opportunity at one of South Africa's biggest clubs.

The UEFA A Licence holder first tasted success in 2004 with The Dube Birds when he lifted the Absa Cup and in the 16 years that followed, Hunt has engraved his name into South African football history.

Between 2008 and 2010, he won the league three consecutive times with SuperSport United as he established domestic dominance with Matsatsantsa, who have yet to taste league success since his departure.

He also won the 2012 Nedbank Cup before a seven-year spell with the now-defunct Students yielded three trophies – the 2016/17 league title, MTN8 and Telkom Knockout.

Hunt's biggest strengths are arguably man-management, working within a budget and affording talents a chance in the first-team, which has seen some of the country's biggest football names thrive under his guidance.

Stuart Baxter – no stranger to success

Currently in the Indian Premier League, Chiefs will need to fork out a healthy sum to prise him out of his contract that was signed only three months ago.

But with instant success on offer, it could be tempting given his experience of two league crowns, three Nedbank Cups and the MTN8 during his time in Mzansi.

Baxter also won league titles in Sweden with AIK and Japan with Sanfrecce Hiroshima as well as the Swedish Cup with Helsingborgs.

However, with that success comes a price, as he's shown a penchant for building a team of experienced players and often preventing young talent from emerging into the first-team.

While he showed a change with Sipho Mbule and Teboho Mokoena being blooded into the Matsatsantsa starting eleven during his time in Tshwane, the lack of preparation for a new project was glaring when Steve Komphela inherited an ageing squad after his unprecedented success in Soweto earned him a return to Europe with Gençlerbirligi.

His experience and knowledge of the club and working with the Motaungs is one of his major assets but at 67, he may not be the long-term solution to rebuilding the powerful brand towards the dynasty expected of the Amakhosi management.

The UEFA Pro Licence holder may also be put off by the current transfer ban as he would most likely want to add to the squad that finished as runners-up to fit his tactical philosophy, which is built on structure, teamwork and high-pressing.