Zlatan Ibrahimovic: Everyone's waiting for my debut at Manchester United 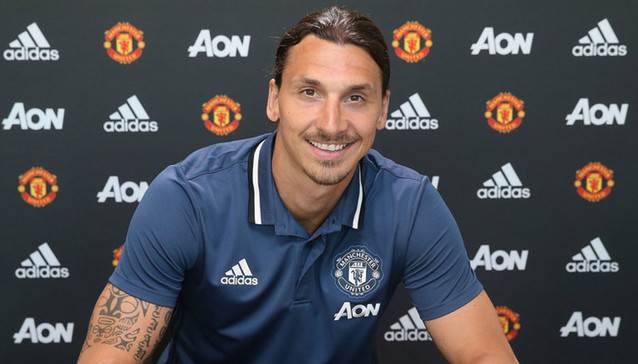 The Swede says that he can sense the Red Devils fans' anticipation ahead of the pre-season friendly against Galatasaray in his native country.

Ibrahimovic has been Manchester United's most high-profile signing thus far in the transfer window but did not accompany his teammates on their recent tour of China, taking extra time off following the European Championship.

"Everybody has been waiting for that moment," he told MUTV.

"There has been a lot of talk and to make my debut in my country will feel great," the 34-year-old continued. "I think the fans are waiting for me to come back and they are waiting to enjoy not only me, but the team as well.

"Hopefully, we can give them a good game and, at the same time, we are in the preparation. We need to keep focused, to build up the physical part and the conditioning part but we will give them what they want."

How is he finding the atmosphere in the dressing room?

"[It has been] positive vibes. They seem to be good guys, quality players, they train very hard and, during the training, are very focused," Ibrahimovic said.

"The coach - he is direct, he is concrete, he says what he wants and the players are adapting. So there are only positive things," he added.