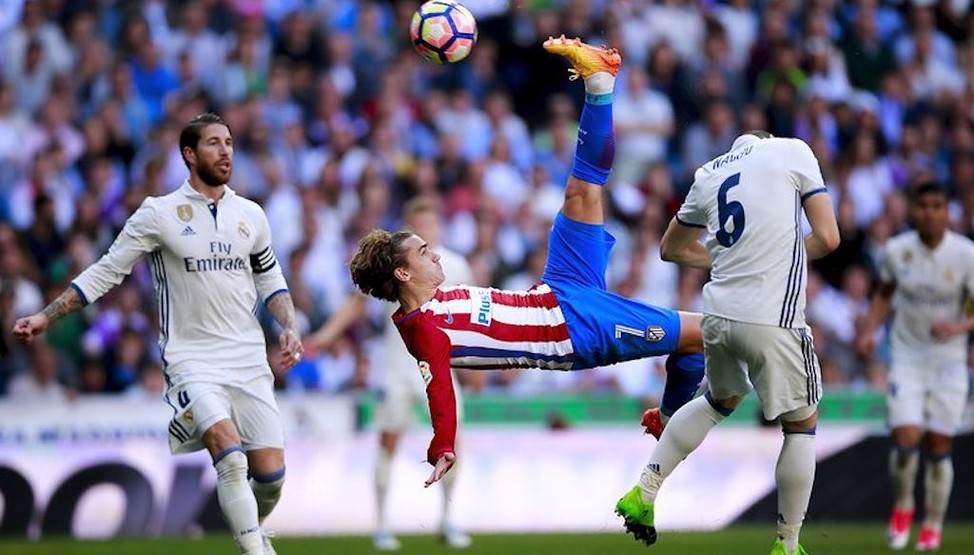 Second half goals from Pepe and Antoine Griezmann saw the two Madrid sides share the spoils in their La Liga clash at the Santiago Bernabeu.

The first half ended all square, though it was largely entertaining with Jan Oblak and Keyler Navas both right in the thick of the action.

Pepe then opened the scoring in the 52nd minutes as he rose up to head home a free-kick from Toni Kroos, leaving Oblak with no chance from 12 yards out.

Fernando Torres had an excellent chance to draw level on the hour-mark, however the striker failed to get it past Navas, who made a good save in a one-on-one situation.

With six minutes left on the clock, Atleti eventually found the equaliser as substitite Angel Correa picked out Griezmann in a good area and the Frenchman made no mistake firing home his 15th league goal of the season.