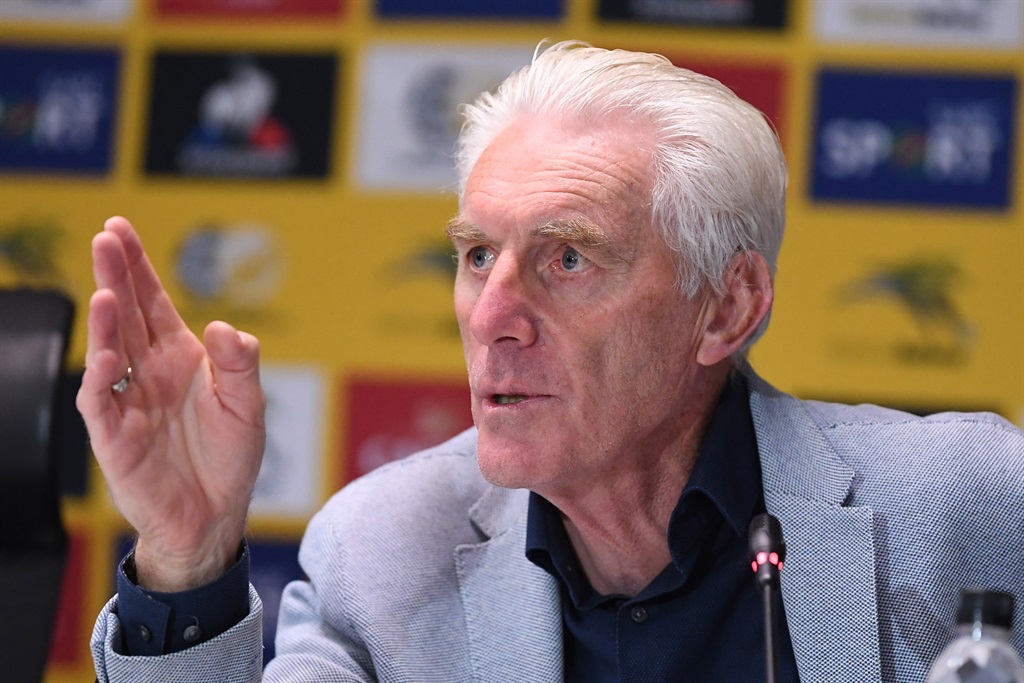 Hugo Broos is set to return to the Bafana Bafana dugout for two international friendlies in September, with the South Africa national team scheduled to take on Botswana and Sierra Leone this month.

Broos was a notable absentee during South Africa's recent COSAFA Cup and CHAN qualifying campaigns but has returned to name a new-look 23-man squad for the upcoming fixtures, which includes the return of Mamelodi Sundowns star Themba Zwane.

The Belgian tactician has also named a number of uncapped players in his squad in the form of TS Galaxy goalkeeper Melusi Buthelezi, Stellenbosch FC midfielder Sibongiseni Mthethwa and the overseas-based duo of Luke Le Roux and Mihlali Mayambela.

Meanwhile, the attacking trio of Percy Tau, Evidence Makgopa and Bongokuhle Hlongwane rank among the more notable absentees, with all three forwards ruled out of selection due to respective injuries suffered at club level.