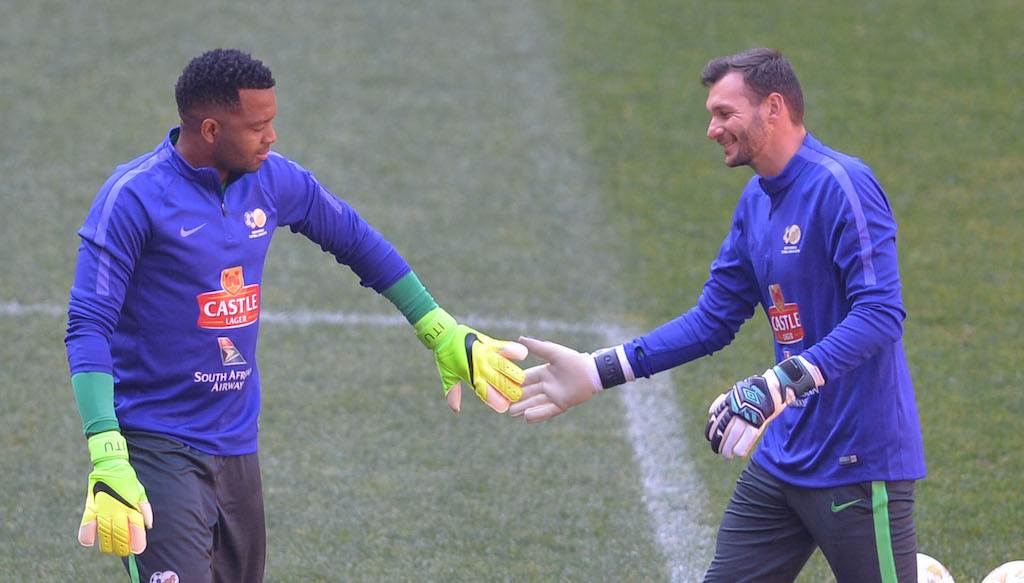 Khune has officially been ruled out of joining Bafana at the upcoming Africa Cup of Nations in Egypt, as his recovery from a shoulder injury has not been quick enough.

The Kaizer Chiefs skipper underwent shoulder surgery in January and was subsequently ruled out for the rest of the season, but many was hoping he would be back in time for the continental showpiece in June.

With Chiefs boss Ernst Middendorp having earlier reiterated that the 31-year-old would not be back this season, Baxter has also conceded his fate of missing out on the Egypt trip.

“I was at Naturena this week and I spoke to Ernst and the staff there, and they said that the training is going very, very slowly and it’s not in the realms of possibility that he’s going to be anywhere near fit, so that’s discounted,” confirmed Baxter.

Meanwhile, Keet’s situation has drastically declined at Bidvest Wits after coach Gavin Hunt also declared that he will play no further part this season as long as he hasn’t signed a new deal at the club.

However, this is not of major concern for Baxter, who intends retaining him in the AFCON squad set to be announced within the next few weeks.

“I was at Wits on Tuesday or Wednesday, speaking to Gavin and to Darren. I’m not that concerned,” said the British tactician.

“If it was a centre-back or striker, I think you’re concerned because what actually goes on in the legs and muscle cells of a striker, you can only do by replicating it on the field.

“Everything a goalkeeper goes through is done in training, really, in terms of making saves. So, the sharpness is there, he doesn’t get sharper with a game.

“What I said to Darren is, ‘If you tell me that you’re a little nervous because you haven’t played games, then maybe COSAFA is something you should have a couple of games in to get back up to speed.’

“But, for me, if I’m looking at a goalkeeper, he should be in training as sharp as he is in a game. And if you can’t look back at the game against Libya and remember how well you played, then your confidence is quite brittle.

“So, it shouldn’t be a problem if Darren looks at it in the correct way, but I don’t know how he is as a person. If maybe he needs some games, we’ll include him in COSAFA.

“I understand it isn’t a perfect situation after speaking to all parties, but it’s not an easy one for us either with Darren not playing.”