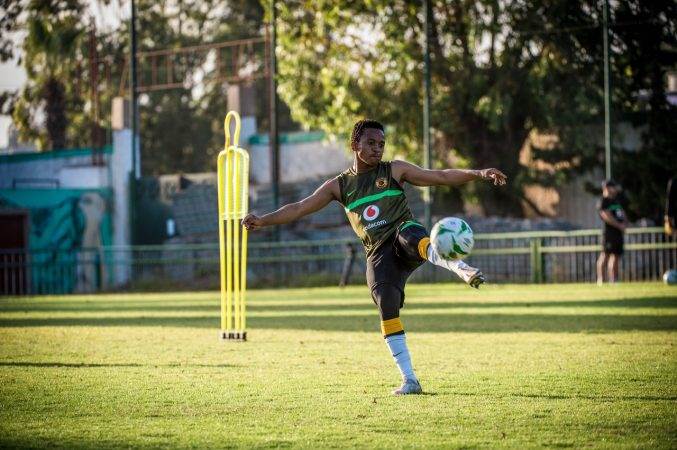 Frosler (23) and Ngcobo (21) were both in action on Sunday evening as the Amakhosi suffered a 3-0 defeat to Egyptian giants and defending champions, Al Ahly, in the 2020/21 CAF Champions League final.

Following the encounter, the duo rushed to the airport in Casablanca, Morocco, in order to catch their flight to Tokyo, where they are both set to join the rest of the South Africa squad for the Olympic Games.

"It’s a good feeling," Frosler told Chiefs' media team ahead of his flight to the Olympics. "It's another achievement for me in my career, another opportunity to showcase my talents at the highest stage at u23 level. I'm very excited about that.

The former Bidvest Wits full-back also revealed that he was hoping to learn from the disappointment of the Champions League final defeat to help South Africa achieve better results at the global tournament.

"Obviously a lot of experience, a lot of lessons learned in the game yesterday [Sunday]," he added. We're disappointed about the result but we move and we keep getting better. We'll take this experience into the Olympics and hopefully, we can do well there…"

The national U23 team will get its campaign underway this Thursday, 22 July, when the squad goes head-to-head against hosts Japan, before David Notoane's side take on fellow Group A rivals France and Mexico later this month.