Le Coq Sportif has been the official kit supplier for the South African men’s and women’s national football teams since 2020 and released the current version of the kit worn by the country’s best back in October of that year.

The French company’s inaugural kit release was met with divided opinion among local supporters, however, and in an attempt to unite fans behind the national teams, an invitation has now been extended to designers and fans alike to have their say on the next design.

On Tuesday, Le Coq Sportif opened a line for submissions from local graphic designers to create and submit their ideas for a new-look Bafana Bafana and Banyana Banyana jersey, with the best set to be put to a public vote in September.

"We've listened. Now it's your turn," the company shared across its social media accounts. "Calling all designers to create a kit we can all be proud of. A South African national jersey designed by you, decided by you, for you, for a nation."

Meanwhile, Bafana Bafana are set to don the existing kit when they take to the pitch again on Thursday, with Hugo Broos’ side set to kick their 2023 CAF Africa Cup of Nations campaign off against North African giants Morocco. 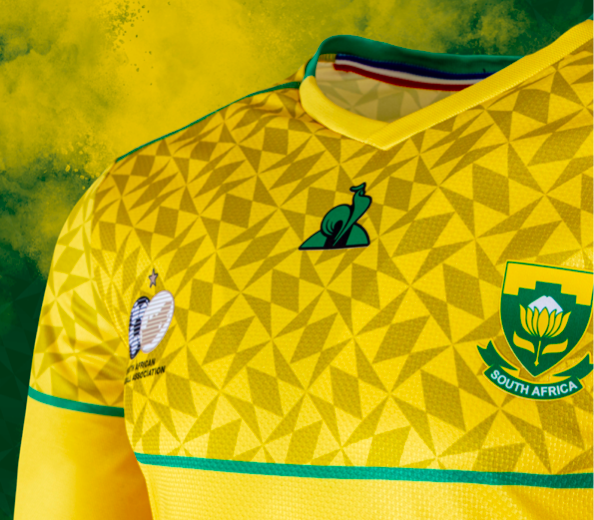