The Dance of Shame: The moemish that will haunt Pitso Mosimane forever Oh dear... Khune, after time-wasting during the match, didn't know what was coming... Shabba will be wishing today he didn't see the 'celebrations' going down... 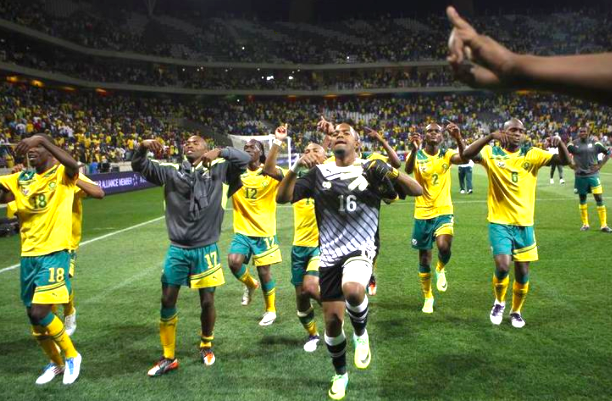 Here we go... [cue Beyonce in the background] [To the tune of 'Formation'] 'Ok ladies now let's get in formation...' 'Prove to me you got correct information...' 'Slay, trick, or you get eliminated...' [Beyonce track ends] As if the awkwardness wasn't enough, their was still a flourish at the end... 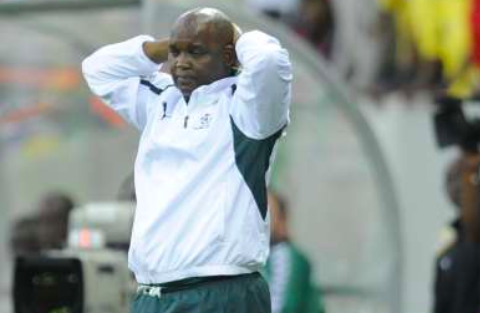 As we await Bafana Bafana's next AFCON qualifying campaign, we look back at the infamous 'Dance of Shame' of 2011, and hope it never repeats.

Pitso Mosimane is in a luxurious position as the best current club coach in South Africa, but a moment in 2011 will tarnish his illustrious CV until the day he puts down his clipboard.

READ: Mphela: Another reason Pitso is the best

The Mamelodi Sundowns coach has earned a reputation as one of the most sought-after coaches in Africa today, but eight-and-a-half years ago there came a moment he will wish he, and the whole country, could forget.

Watch frame-by-frame above as Khune, Jali and Shabba lead the 'Dance of Shame' at Mbombela Stadium...

October 8, 2011 was a dark day in South African football as Bafana, under the guidance of Mosimane, humiliated themselves by celebrating what they thought was 2012 Africa Cup of Nations qualification.

After a 0-0 draw with Sierra Leone – a result Mosimane played for using restrictive tactics in the misguided belief that a draw would be enough – the likes of Itumeleng Khune, Siphiwe Tshabalala and Andile Jali led the team in a jubilant dance that is replayed in their nightmares today.

READ: Ernst and Pitso: All the drama explained

Making the false qualification worse were the likes of then-SAFA president Kirsten Nematandani and Danny Jordaan going on record in television interviews after the match congratulating the team.

The debate as to whose fault it was that our national team did not know the rules of the competition they were competing in remains a contentious issue to this day.

Arguably the most embarrassing moment in South African football history, the 'Dance of Shame' is now cemented in the history books as the day a little piece inside every local soccer supporter died.

Look out for more of the most embarrassing moments in our football history on snl24.com/kickoff in the coming weeks.