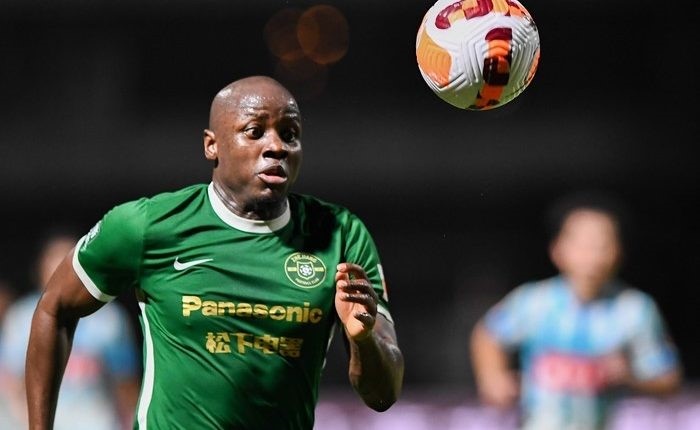 Mushekwi has just been banging goals in for fun in the last two months with his latest coming as a brace.

Mushekwi smashed two as his club Zhejiang Professional failed to hold on to the lead to eventually play out a 3-3 draw with Cangzhou Mighty Lions on Sunday.

Such has been the 35-year-old’s form of late that he has scored seven goals in the last nine games and now sits on a total of 13 league goals in 23 games this season.

With his tally Mushekwi is keeping chase of the top goal scorer award in the Chinese Super League.

Brazilian forward Marcao is the leading scorer with 20 goals with nine games to play.

Mushekwi is the key man at Zhejiang having scored 23 last season, as the club won promotion from the Chinese League One.

He is also now the club’s all-time top scorer despite having joined three years ago.

Since leaving his homeland to play in the PSL (2010/11) at Sundowns, Mushekwi has been on double figures on nine occasions playing in South Africa, Sweden, and China.

He scored 15 goals in his first season at Sundowns then 19 in his second before dropping to six in his third after which he was frozen out at Chloorkop for the next season before leaving for Belgium.

From 2015 to 2019 he was in double numbers on the scoring charts playing in Sweden where he went on to reach double numbers for Djurgardens IF and then Dalian Professional in China.