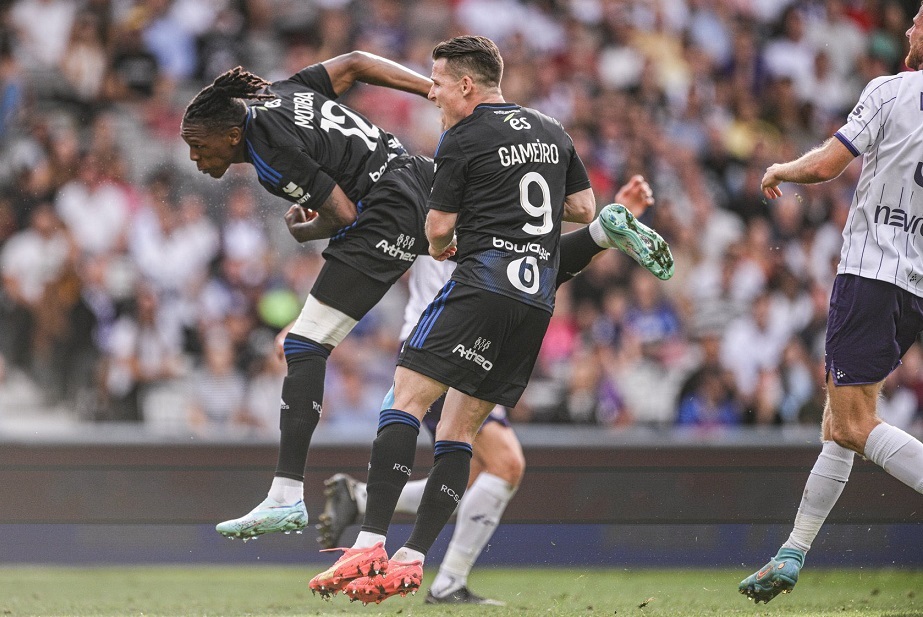 Lebo Mothiba scored his first goal for Strasbourg in 1051 days during the club's 2-2 Ligue 1 draw against Toulouse. Image courtesy of RC Strasbourg.

Fit-again Lebo Mothiba delivered a Man of the Match performance for Ligue 1 side Strasbourg over the weekend as he scored his first goal for the club in over 1000 days.

Having been plagued by injury over the last two-and-a-half seasons, South Africa international Lebo Mothiba took an important step towards returning to his best on Sunday when he netted from the bench in RC Strasbourg's 2-2 come-from-behind win over Toulouse.

Upon doing so, the 26-year-old, who was making his first appearance in a month after sustaining a thigh injury in September, netted for his side for the first time in 1051 days since last scoring against the same opposition back in December 2019.

In the intervening period, Mothiba was rocked by a string of knee, hamstring and groin injuries which saw him miss the entirety of the 2020/21 campaign and a large part of last season, during which he did score twice during a six-month loan spell with fellow Ligue 1 side Troyes.

The former LOSC Lille star's impact, which inspired Strasbourg to come from 2-0 down to draw 2-2, was acknowledged by the club's supporters following the encounter as they named him Man of the Match despite him only featuring for the final 30 minutes of the game.

He won the award with 60.2% of the votes ahead of goalkeeper Mats Selz and strike partner Kevin Gameiro, formerly of Sevilla, Atletico Madrid, Valencia and Paris Saint-Germain, and took to social media after receiving his award to say, "Thank you all for your support, we won't give up."

Mothiba has now played a hand in 21 goals for RCS in 65 appearances across all competitions, scoring 13 and assisting a further six, while he boasts a return of 34 goals and nine assists in 129 matches in total in French football across spells with Lille, Valenciennes, Troyes and his current employers.

The Jo'burg-born striker's return to action could also prove to be a welcome boost for the South Africa national team, with Bafana Bafana coach Hugo Broos still looking to bolster his attacking ranks ahead of next March's 2023 CAF Africa Cup of Nations qualifiers.

Mothiba scored in each of his first four international appearances and has won 15 caps in total, but last featured for Bafana during a friendly win over Mali back in October 2019.