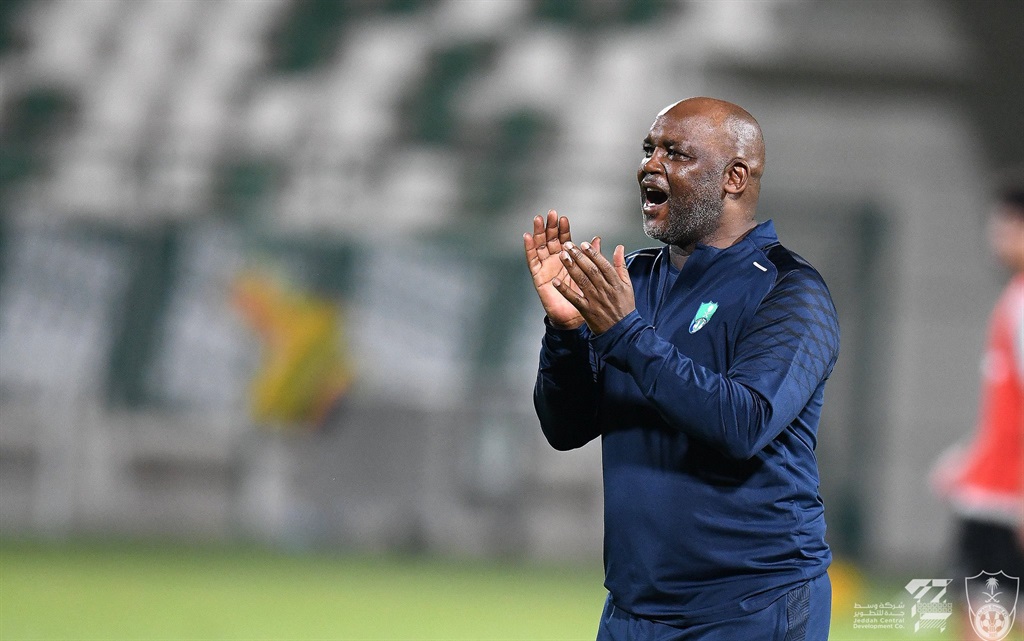 Saudi Arabia – who are essentially at home in Qatar as they are the only country sharing a land border with the hosts – shocked the world by defeating one of the tournament favourites Argentina 2-1 in their opening Group C match on Tuesday.

Mosimane’s club has taken keen interest in the tournament as they have two players in the Saudi squad despite being as a second-tier league club.

They are the only non-top-flight league team with players in Saudi coach Herve Renard’s squad which is only made of local based players.

Against Argentina, rising star Haitham Asiri was thrown into the fray as a late substitute replacing Firas Al-Buraikan and earned his eighth cap.

Asiri is a key player for Mosimane. Goalkeeper Mohammad Al-Rubaie sat on the bench for the duration of that famous victory against Lionel Messi’s Argentina with Mohammed Al-Owais standing firm between the posts.

Another two players in the squad Saleh AL-Shehri and Mohammed Al-Owais have also previously played for Al Ahli.

With FIFA paying USD 10 000 to clubs for every day that each of their players spends in Qatar, Al Ahli will also be smiling at a daily pace of USD 20 000 for the two that they have in the Saudi squad.

There are 35 players plying their trade in Saudi Arabia at this World Cup – the seventh-highest representation at this tournament.

Mosimane’s side – who have now fallen to position nine on the standings due to their inactivity since the middle of last month – will return to action next month faced with playing four games in hand which if they win will take them top of the standings.

Al Ahli are chasing promotion back to the Saudi top league following their relegation last season.

Saudi Arabia play Poland in their next match on Saturday and will go through the last 16 with a victory.