Luther Singh bagged an assist for Moreirense in the Portuguese Cup. Tau's unbeaten Brugge sit at the summit of the Belgian top-flight with a game in hand. Abrahams, an ever-present figure for Westerlo this season, lasted 88 minutes in their 2-0 win over Lokeren as they remained on course for their promotion push.

Abrahams scored four goals in 11 starts this season for the second-placed side.

The South African teenager produced another inspiring display for Varberg BoIs as they moved back to the summit of the Superettan with two more games remaining.

After leading the Swedish second-tier for most of the 2019 season, their 1-0 away win with 10-men over GAIS look set to propel them to a deserved promotion.

The 21-year-old started the new A-League season in fine form with Western Sydney Wanderers and scored in their 2-1 away win over Melbourne Victory - as they moved into second place.

Came off after 70 minutes of Saturday’s 1-0 away loss to Reading as Preston dropped into sixth place, the last promotion play-off spot in the English second-tier.

Following his Team of the Week display recently, Ekstein has continued his fine form with a last-minute goal against Kesla to earn Sabah a valuable point.

Came on after 62 minutes of Saturday’s 5-2 home Portuguese Cup win over Desportivo Aves. 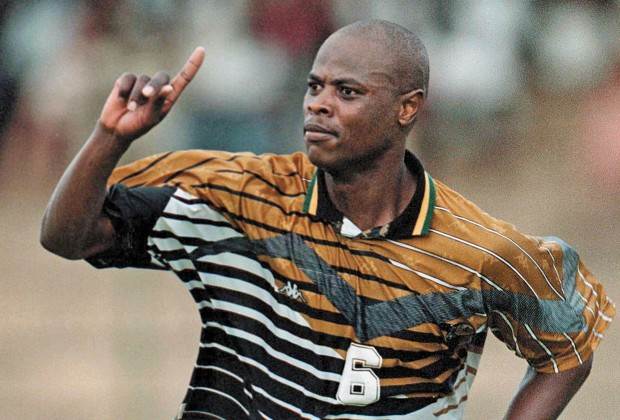 Mokotjo earned his third start in the Championship this season as Brentford beat Millwall 3-2 at home - moving the Bees into 13th spot.

Mothiba came on after 68 minutes of Sunday’s 2-0 away loss to Marseille, leaving Strasbourg at the foot of the Ligue 1 table.

Patosi made his sixth start for Baniyas since his off-season arrival as they grabbed a 2-0 home win over Shabab Al Ahli.

The Guingamp ace played in Saturday’s 0-0 away draw with Niort to move them into seventh place in Ligue 2.

Sekgotha was in the starting line-up for Vitoria Setubal in the Portuguese Cup as they smashed Águias do Moradal 5-0.

The Moreirense forward came on at halftime of Saturday’s 3-1 away Portuguese Cup win over Fabril and bagged yet another assist for the season.

Tau, after recovering from injury, was introduced in the 62nd minutes of Brugge's 1-0 away win over Royal Excelsior Mouscron as they extended their lead at the summit of the Belgian top-flight.

Veldwijk came on after 60 minutes of Sparta Rotterdam's 2-0 away loss to Groningen, which saw them drop to fifth in the Eredivisie.