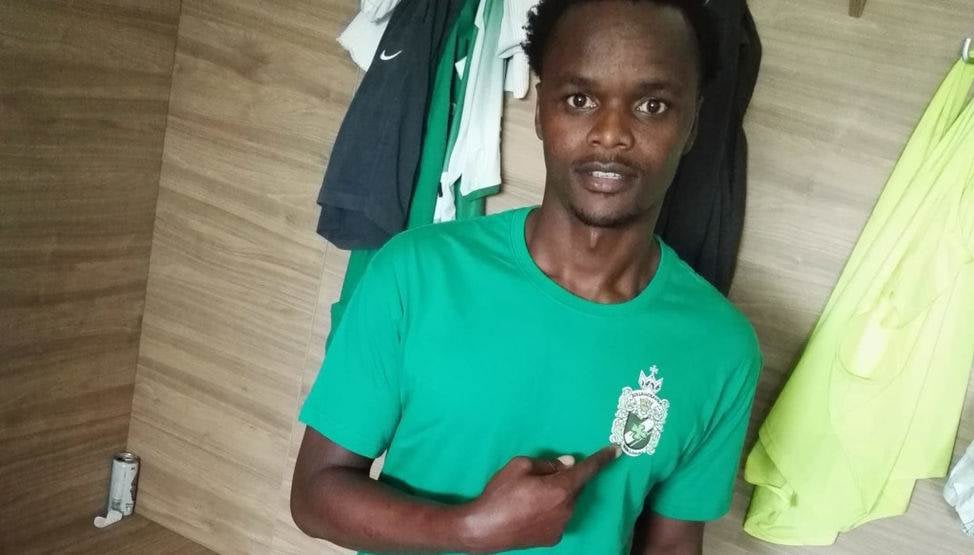 Qwabe, 27, appeared to be one of the many talented footballers that were set to fall through the cracks of the ineffective football structures at semi-professional level.

Having shown immense potential as a teenager, the stocky midfielder was spotted in a five-a-side Nike tournament during the 2010 FIFA World Cup and was fast-tracked into the Bidvest Wits setup, where he impressed the technical staff at the time in the form Roger de Sa and Eric Tinkler.

However, as quickly as it seemed his dreams of becoming a professional footballer were about to materialise, he explained how it all came crashing down - which led to a rather nomadic and stressful journey within the amateur ranks.

"I was spotted by coach Tinkler at this 2010 World Cup tournament event and I was likely to sign a first-team contract in September later that year but I suffered a serious knee injury training with BidBoys [reserve team] and was released without kicking a ball in a professional fixture," Qwabe tells snl24.com/kickoff.

"After Wits, I went to Alexandra United as I needed a place to recover and regain fitness after a serious injury, you know I was stressed as I had my professional breakthrough right in front of me and it was taken away as quickly as it arrived. My dreams just fell apart and killed me inside."

However, amidst the dark times, he revealed how the dramatic turnaround occurred in which he now finds himself in Poland, plying his trade for KS Przebój Wolbrom.

"I met Lucky Maselesele there [at Wits] and he was the one who brought my spirits back, he encouraged me to keep going, not to give up, he played a big role to rebuild myself and that's when I moved to Alexandra United."

Spells with Highlands Park's Super League and SAB League side followed as he recovered from numerous injuries that stagnated his progress due to the lack of resources to recover adequately, but ironically enough it was his time in the ABC Motsepe League that set him up for a switch abroad.

"I then went to Baberwa in ABC and then Sitewo and then from there I moved to Poland. How? I met this guy, Isaac, who spoke to me and said he's got connections for overseas moves, he named several countries and I just said stop, I'm ready to try this out because it's been difficult here at home.

"He's an agent, he represents Andile Nqabeni, he took Mkhanyiseli Siwahla who's still here in Poland, he also took Itumeleng Nkwana and some other African brothers, a few South African guys, maybe nine or ten came to try their luck here but about four of them got deported after not winning contracts quick enough.

"I must add, if it weren't for Dr Bahle Zondo of Amahle benefits, me leaving Mzansi for the first time would never have been possible, he sponsored and covered all the costs needed for me to embark on the dream."

Despite playing in the Polish fourth tier, he maintains his personal progress should never be discredited as his own personal journey and objectives are all part of a bigger picture.

"I want to fight my way here in Poland, I've been through so much to try and make a living out of football and I want to use this challenge to inspire and break the doors down for youngsters to come to ply their trade in this country.

"I'm a person from a village, I'd like to push myself as far as I can because I see there's an opportunity for me to create a success of myself. Despite my age, my challenge is to make my way up to the Ekstraklasa."