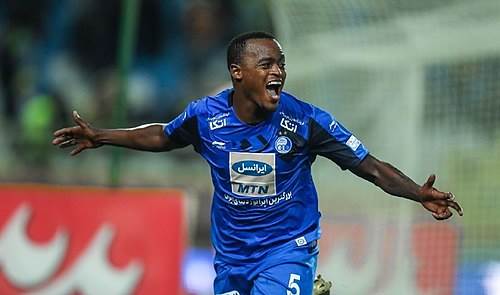 With nearly 100 players currently plying their trade in leagues outside of the country, South Africa is enjoying a resurgence of sorts when it comes to exporting some of the best local footballing talents the nation has to offer.

Percy Tau (26) is currently the flag-bearer of this group after making his Premier League debut for Brighton & Hove Albion, and it should, accordingly, come as no surprise to learn that the Bafana Bafana star is the country's most valuable overseas-based player, and indeed the most valuable overall.

Scroll through the gallery above to see South Africa's 10 most valuable overseas-based players, according to Transfermarkt

Tau has seen his market value rise by about €400 000 (R7.2 million) since returning to Brighton from a loan spell at Anderlecht at the turn of the year, and features at the top of the overall chart with a reported market value of €4 million (R72 million).

The former Mamelodi Sundowns star is closely followed by national teammate and Al Jazira midfielder Thulani Serero (30), who is valued at €3 million (R54 million) after signing a contract extension with the UAE Arab Gulf League giants earlier this week.

Strasbourg striker Lebo Mothiba (24) and Pacos de Ferreira loanee Luther Singh (23) share the final podium position with a value of €2.5 million (R45 million) each, although the duo have endured vastly different fortunes in terms of their reported worth in recent times.

Mothiba has seen his market value follow a downward trajectory over the past 12 months as a result of his continued absence through injury, while Singh has enjoyed a steady rise after joining Pacos on loan from fellow Primeira Liga side SC Braga at the start of the season.

A number of other familiar faces feature in the remainder of the list, including Kamohelo Mokotjo, Bongani Zungu, Lebo Phiri and Keagan Dolly, all of whom are able to boast having six zeros in the value column next to their respective names.