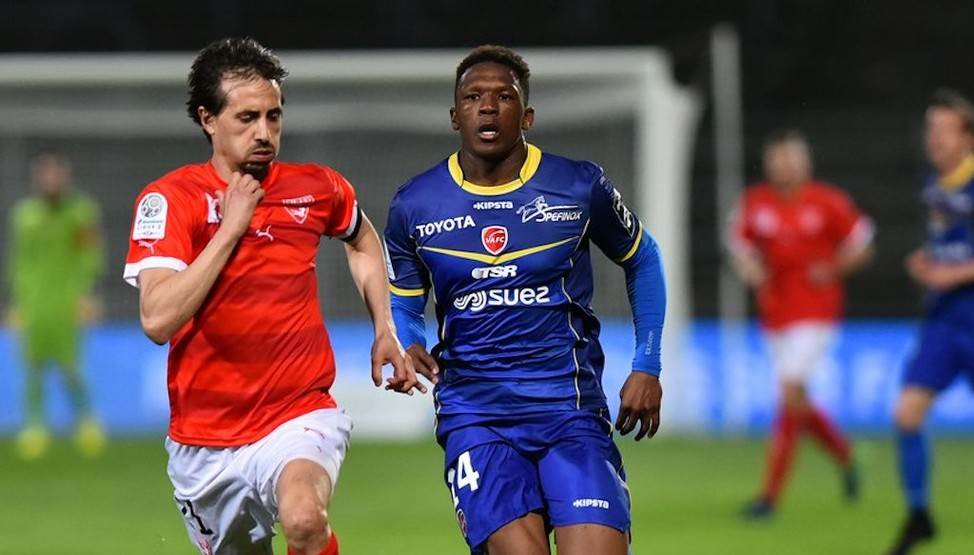 Mothiba netted his first goal for The Athenians, netting in the third minute as they beat Troyes 2-0 in their league clash at home last week Friday.

The burly striker was sent to the second division on a six-month loan during the January transfer window, after being promoted to the Lille B team at the start of the season.

Senong, who worked extensively with the 21-year-old at now defunct Diambers Academy in Boksburg and at last year's Olympic Games with the under-23 team, says Mothiba is not yet a finished product but is confident that he will succeed in France.

"I'm obviously happy for him [that he scored his first goal] but we all know that the boy is still developing. Him being on loan from Lille was a good initiative from the club because now he's getting playing minutes," Senong tells snl24.com/kickoff.

"Of course he's assisted a few goals in between and he's also scored one goal, which is good for him. His confidence is very high now, his match conditioning is very good.

"He's one of the more level-headed boys that I've worked with, and I coached him at the Diambers Academy and he's a very hard-working boy.

"I still believe that the future looks bright for him and obviously he did well at the Olympic Games with the under-23s, and we just hope that his career keeps on progressing and growing."