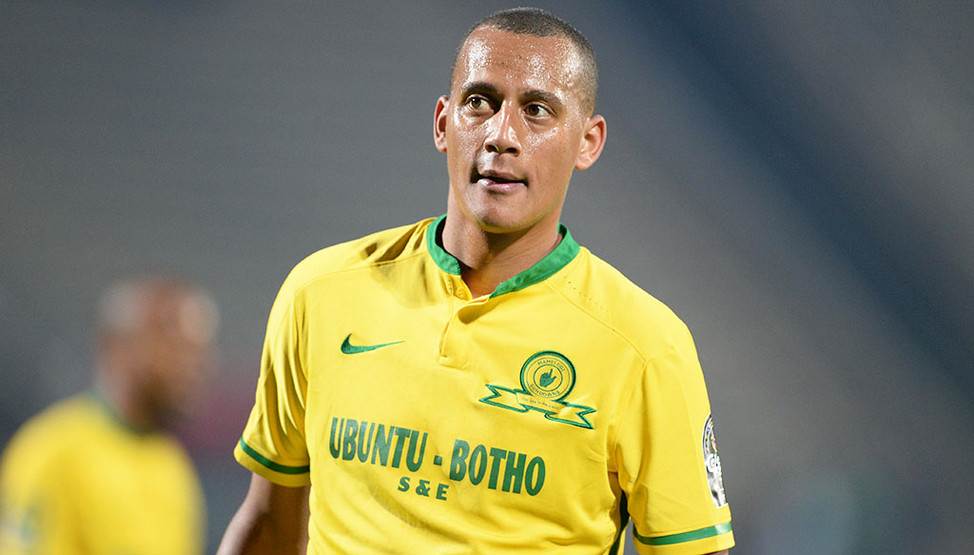 Pirates head coach Muhsin Ertugral is understood to be monitoring the 31-year-old former Santos defender as he looks to strengthen his backline ahead of the new season.

Edwin Gyimah, Ayanda Gcaba and Happy Jele can play in the centre-back position, while Gladwin Shitolo could also do a job there having returned from Golden Arrows, albeit where he played as a central midfielder.

Arendse, who is in the final year of his contract with the Brazilians, says it is up to Sundowns to decide the way forward.

“Look, there is always the possibility of renewing my contract in January because this is my last season [final contract year] with Sundowns, and I don't foresee any problems with that happening,” he tells KickOff.com.

“This time of the season you will hear and read these kinds of reports, you know. But it's for Sundowns to decide what my future holds.

“At the same time they cannot also keep me hanging, so everything is still up in the air,” he adds.

Sundowns recently lost former captain Ramahlwe Mphahlele to Kaizer Chiefs after letting his contract run down, and Arendse admits he would be tempted by the prospect of joining the Buccaneers.

“If Pirates are interested in me, it says that I'm doing something right. I'm flattered to be quite honest. They are a big and club and if they come knocking at any player's door, who wouldn't be chuffed?” he says.