12 new deals you may have missed 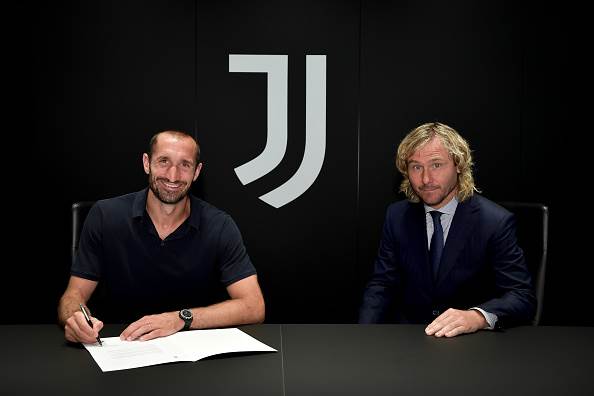 While some stars are on the move, others, such as Fabinho and Giorgio Chiellini, have signed new deals with their clubs. Here are 12 players and a manager who recently signed contract extensions!

Earlier this week, Juventus announced that 2020 UEFA European Championship-winning defender Chiellini has signed a new two-year deal after his previous contract with the club expired at the end of June.

The veteran defender certainly showed his class at the latest Euros, something that could have been part of the reason he was offered a new deal by Juve.

"Giorgio Chiellini embodies everything that Juventus stands for, and it is through his commitment and excellent displays over the course of last 16 years that has earned him a contract renewal," a statement on Juventus' official website read.

Meanwhile, Brazilian midfielder Fabinho also put pen to paper this week as he signed a five-year contract extension with Liverpool, and the player was delighted with his new deal.

"Since the beginning of the conversation, I was really positive about it because it's what I wanted – staying in this club, keep playing for Liverpool. Now this is official and I'm really happy," Fabinho told Liverpoolfc.com.

While Real Madrid are understood to be readying a new deal for Karim Benzema, the club has already awarded fullback Dani Carvajal with a contract extension, one that will see him at the club until 30 June 2025.

Three other Los Blancos stars as well as two of Fabinho's Reds teammates have also signed extensions over the past few weeks – scroll through the gallery above to see who else has solidified their stay at their current clubs!