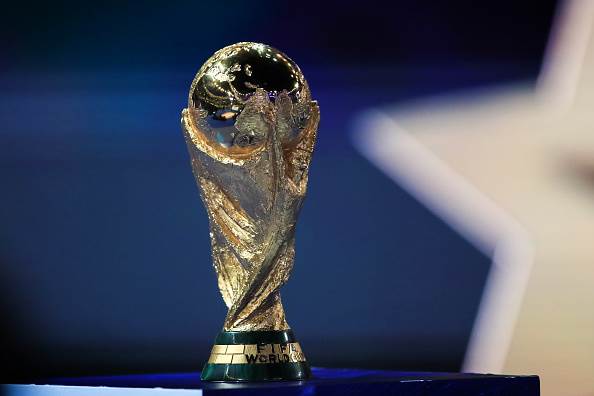 The battle for a spot at the global showpiece in Qatar later this year is finely poised after two of the five play-offs played so far finished in a draw, while the other three fixtures finished with 1-0 scorelines.

This promises a thrilling return leg of matches on Tuesday night, with every nation involved still having a chance to influence the result in their favour.

West African rivals Nigeria and Ghana played out to a goalless draw in the first leg at the Baba Yara Sports Stadium in Kumasi last Friday.

The Black Stars failed to capitalise on their home-ground advantage as the Super Eagles remained solid in defence and had a few opportunities going forward. In fact, they were handed a penalty for a handball by Baba Iddrisu 15 minutes before full-time, but the decision was overturned by the video assistant referee following a review.

Ghana's preparations for the second leg were also disrupted when the lights were switched off at their training venue in Abuja on Monday night, but can they beat Nigeria in their backyard? Time will tell.

Arguably the biggest game of the play-offs, the first leg between Egypt and Senegal delivered on expectations as the action-packed battle saw the Pharaohs claim some revenge on the 2021 Africa Cup of Nations champions, who beat them to the continental title last month, with a 1-0 win in Cairo.

A Mohamed Salah shot had struck the crossbar before hitting Lions of Teranga defender Saliou Ciss and landing in the back of the net for an own goal, sending Egyptians around the world into raptures.

If the Lions of Teranga fail to produce a result at home on Tuesday night, they will become the second continental champions, behind Italy, to fail to qualify for the 2022 World Cup – a statistic Sadio Mane, Vincent Koulibaly and company will not want next to their names.

DR Congo and Morocco were the only sides to both score in their first-leg fixture, with Yoanne Wissa's 12th-minute strike being cancelled out by the Atlas Lions' 82nd-minute equaliser to ensure the two nations shared the spoils in a 1-1 draw.

The last, and only, time the Congolese qualified for the World Cup was in 1974, when they were still called Zaire, so they will be motivated for the second leg, but face a strong Morocco side that has been to the global showpiece five times before.

However, in the past three meetings between the two countries, the North Africans are winless against their opposition (two draws, one defeat), so it's all to play for.

Islam Slimani's first-leg goal separates the two sides, giving the Algerians a slender advantage over Cameroon, who have featured at the World Cup seven times, more than any other African nation.

The Desert Warriors' 1-0 victory last Friday was their first-ever over the Indomitable Lions in a competitive match, and they will be hoping to maintain their lead in order to reach the global showpiece for the first time since 2014.

Cameroon, though, will be looking to make up for their failure to secure Afcon glory on home soil earlier this year, so will no doubt be fired up for the return fixture against Algeria on Tusday night.

With Mali losing 1-0 to Tunisia at home in the first leg last week, their hopes of qualifying for their first World Cup ever appear slim as they now have to overcome the Eagles of Carthage, who are gunning for back-to-back qualifications, in their backyard.

A Moussa Sissako own goal will have given the Tunisians a boost going into the second leg, but the Malians, who defeated their opposition 1-0 at the Afcon earlier this year, will certainly not go down without a fight.