Fileccia, who most recently played for Francs Borains in his homeland of Belgium, announced his retirement from the sport on Monday evening and appears set to move into the business world alongside partner Elena Greco.

"Today I leave football for another environment," he shared via his official Facebook account. "A universe where I can reconnect with the true values that make me smile and the joy of life that I had lost since I was 16 when I left the family home to live my childhood dream."

The statement was accompanied by an image of Fileccia and Greco which had been taken from an excerpt of a recent interview with Tribute Magazine, in which the success of their hair and beauty company Mille N'Hair was the focus of attention.

"Congratulations love, for your success, your determination but especially for the woman you are!" he added. Scroll through the gallery to see Andrea Fileccia's dream team! 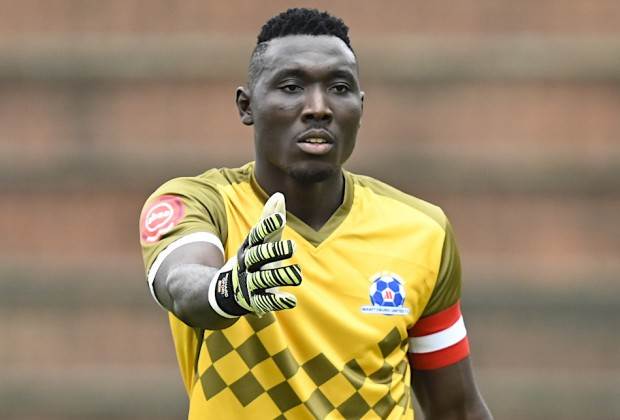 GK - Richard Ofori - He talks alot, is quick on the ball and can play with both feet. He has no fear and is incredible on his line. CB - Brian Onyango - Brian is smart, he's physical and a leader on and off the field. He's someone you can trust. CB - Rushine De Reuck - He was young but had a good attitude. He's the best defender in one-vs-one situations and is willing to put his body on the line. CB - Denis-Danso Weidlich - A true leader. He's comfortable with both feet, has a high level of technique and is the best captain I played with. CM - Kevin De Bruyne - He needs no introduction. One of the top five players in the world. RM - Lebohang Maboe - He has the technique, the physique, everything. He's a top midfielder who can give you an assist from anywhere. CM - Kurt Lentjies - He's such a calm leader on the field. He doesn't need to talk to put his team on the right track and can unlock the game with a key pass or free kick. LM - Yazid Atouba - A magnificent left-footed player. It's just a pity that no one really understood his style of play in South Africa. FW - Yannick Zakri - He can do everything with the ball. FW - Evans Rusike - Quick, smart and skilfull. Evans is one of the best and he can score from everywhere. ST - Christian Benteke - He's so tall and powerful he can hold off two defenders on his back. Holds up play well and scores goals which is all you need nowadays. Coach - Ernst Middendorp - He's the best in motivating players and the way he approaches football. Having started his career in the Feyenoord academy, Fileccia made his professional debut with fellow Dutch side Excelsior in 2010 and made 10 appearances for the club, before later spending two years in the Belgian lower leagues.

He joined Free State Stars in 2014 and was an instant hit, recording six goals and two assists in 18 appearances, earning himself a move to Maritzburg United and sparking discussion that he might one day attain citizenship in South Africa and elect to represent Bafana Bafana.

A serious injury curtailed those hopes, however, although he still went on to score 11 goals in 51 appearances for the Team of Choice, including three in a remarkable Nedbank Cup run in 2018 that saw the club end as runners-up to Stars.