With the Ghana Football Association (GFA) understood to be pursuing a number of overseas stars who are of Ghanaian descent, it seems they have now secured another one of their targets. Earlier this week, football.london reported that English duo Eddie Nketiah and Callum Hudson-Odoi had finally agreed to switch their national allegiance to the West African country.

The GFA are known to have been chasing the Chelsea winger for a while now, while the Arsenal striker revealed last month that he would be open to representing his parents' country of birth.

Other targets include Southampton defender Mohammed Salisu and Eintracht Frankfurt star Ansgar Knauff, who is on loan from Borussia Dortmund.

"Tariq Lamptey's switch is done. He is available now for Ghana and it now depends on the coach if he will invite him for the upcoming games or not," he said during an interview with radio station Pure FM Sports, per GHANAweb.

"To be honest, I shouldn't be saying this but the switch is done."

The 21-year-old fullback is said to have already obtained his Ghanaian passport and will reportedly be available for selection ahead of the next international break, which is set to start on 30 May.

The four-time African champions have two 2023 Africa Cup of Nations qualifiers scheduled for that break, against Madagascar and Central African Republic on 1 and 5 June, respectively. They will also be competing at the 2022 FIFA World Cup in Qatar later this year. 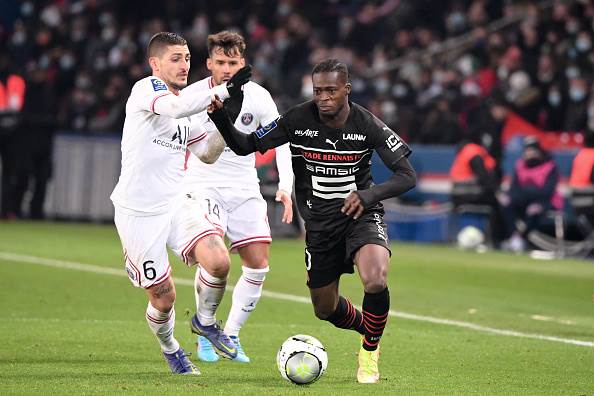