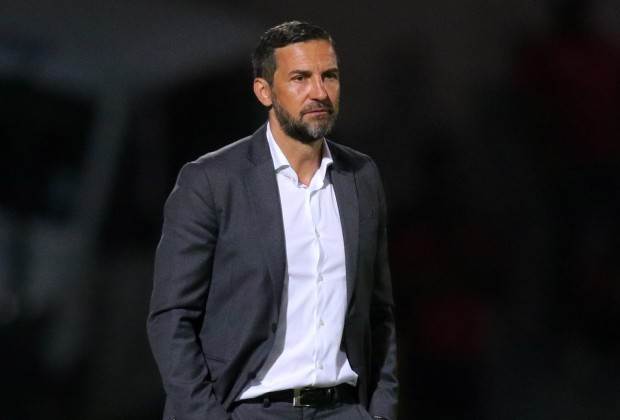 Pirates' chances of advancing to the semi-finals of the second-tier African club competition took a big knock after they drew 1-1 with Raja at Orlando Stadium on Sunday.

Bucs scored their goal in the first half via the boot of Vincent Pule before allowing the visitors to reply through Ben Malango in the second stanza.

The Soweto giants now need to score in Morocco if they hope to secure a ticket to the last four.

Despite the disappointing result at home, Zinnbauer still believes in the popular saying 'anything is possible in football'.

"In overall, it was a good game for us, but the result was a little bit disappointing for us," said Zinnbauer after the 1-1 draw in Soweto.

"Why? Because the team works very good and in the last minute we had one or two chances to score but we didn't get the result we wanted before the game. We have to fight now for the next game.

"In football you have all the possibilities. For us it's better to win a game at home, it's clear, don't concede.

"Sure, it's advantage for opponents, they scored today. But we have also possibilities to score [away] and if you score then it's not easy for the opponent, they have to score more.

"Raja was better, like us, it was a good game, top level. For me, my team worked well. Raja also. Both teams went forward and wanted to score.

"For me, two tops [meet again] on Sunday and we are looking forward [to it]. We know they are a big team. We are going to play in a big stadium and we will work on it."

Next on KickOff
Andries Sebola: Orlando Pirates must score three against Raja Casablanca