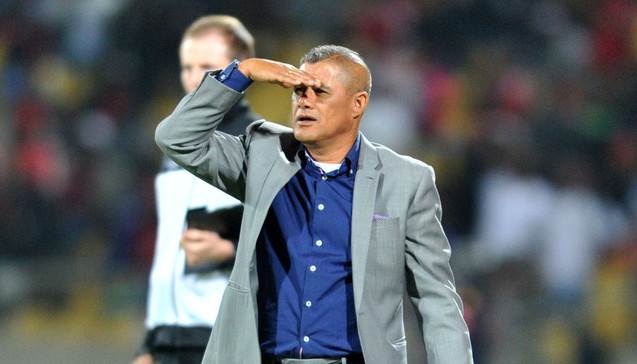 Platinum Stars finished their 2015/16 Absa Premiership campaign in third postition which makes them eligible for the Confederation Cup.

Coach Cavin Johnson was in an upbeat mood as the team reconvened at the Bafokeng Sport Complex to get preparations for the 2016/17 season underway.

Dikwena's general manager Senzo Mazingiza was also present and revealed how thrilled he was by what he had been privy to when the coach, players and technical team had gathered for the first time.

“It was encouraging to see in the auditorium the players and all the staff. There’s lot of excitement," Mazingiza told the club's official website.

"The team is looking forward to do some work on the field. Players went through their medicals and from that there’s nothing really to worry about. It’s good that we had rest.

"We are preparing for something bigger this season not only in the PSL. We are also going to play in the CAF Confederation Cup if the criteria don’t change. The coach is very excited. His planning is also on point and we are also excited as management.

“We need to just be focused on what we are going to do going forward. We need to make sure that we plan properly and make certain that we are ready for this season."

Mazingiza went on to state that despite battling it out on so many different fronts he hoped the team would be competitive in all their different ventures.

"We will be playing in all the competitions in the PSL and we also have CAF so it’s going to be a hard and tough season. We have got what it takes to compete," he said.

"We are hopeful that the support that we have been enjoying from our supporters and owners will continue. We are preparing for all five trophies so we will see what happens.”