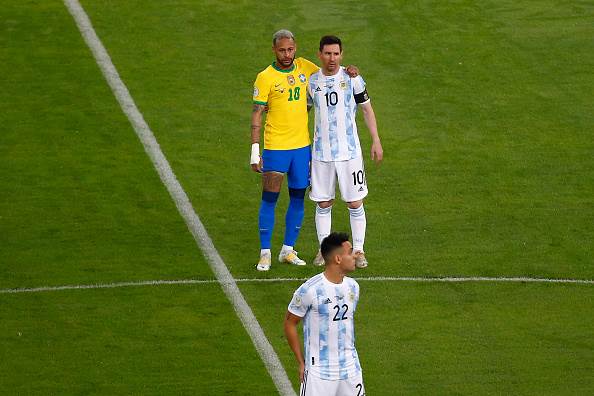 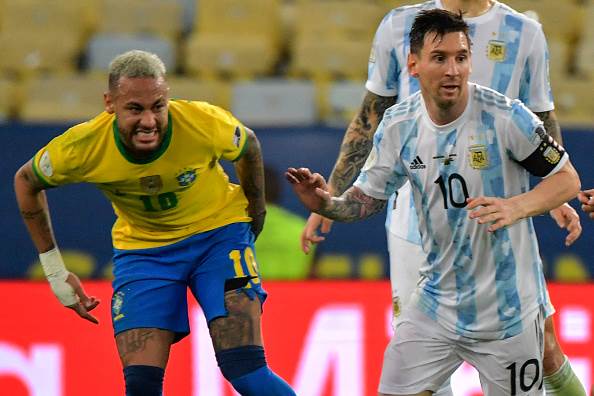 After Lionel Messi's first major international title win, his former FC Barcelona teammate Neymar had an emotional message for the Argentine despite being on the losing side of the 2021 Copa America final.

The Argentina captain had the final say for some of his critics when he got his hands on a major international trophy for the first time on Sunday – ahead of the 2021 final, Messi had been on the back of three Copa America final defeats spanning from 2007 to 2016.

He was also a losing finalist at the 2014 FIFA World Cup in Brazil, when Germany emerged triumphant.

Perhaps surprisingly, Brazil talisman Neymar was quick to demonstrate his sportsmanship qualities as he and his former Barcelona teammate Messi shared a warm embrace and a lengthy conversation after the final whistle was blown on Sunday.

The Paris Saint-Germain star later revealed what he said to the Argentine, and acknowledged him as the greatest footballer he has ever seen via a message posted on social media.

"Losing hurts me and it's something I still haven't learned to live with," Neymar wrote in an emotional post on Instagram.

"Yesterday [Sunday], when I lost, I went to give a hug to the greatest and best I have ever seen play in football history, my friend and brother Messi.

"I'm very sad to have lost, but this guy is awesome! I have great respect for what he has done for football and especially for me.

"I hate to lose! But enjoy your title. Football was waiting for you for that moment! Congratulations brother."

Next on KickOff
Lionel Messi: God saved this 2021 Copa America moment for me