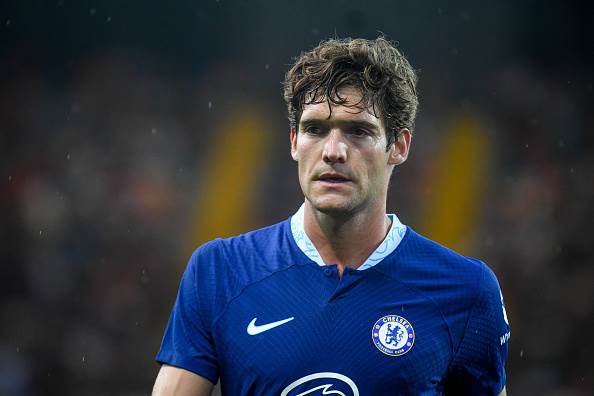 With reports suggesting that Cristiano Ronaldo's attitude is affecting the Manchester United dressing room, a club legend has now insisted that the Portuguese star is not the problem at the club.

Following the Red Devils' embarrassing 4-0 defeat at the hands of Brentford this past weekend, Ronaldo's attitude came under the spotlight when he was seen ignoring assistant manager Steve McClaren's pleas to acknowledge the club's away fans at the Gtech Community, with the player opting to storm down the tunnel in frustration instead.

His antics following that match, coupled with his desire to leave Old Trafford before the end of the transfer window, has made the 37-year-old a polarising figure among the club's supporters, with reports in England also suggesting that a number of his teammates are fed up with him.

It has also been reported that manager Erik ten Hag has changed his mind about the player, and is willing to let him leave Old Trafford.

Club legend Rio Ferdinand, however, believes the five-time Ballon d'Or winner is not the direct cause of the Red Devils' woes.

"I think maybe Cristiano's stature, he's not a talker and someone who's going to sit down at a table and talk to people, but he's more: 'You're going to watch me and you're going to learn," Ferdinand said on his VIBE with FIVE podcast.

"And the aura that he has and being one of the best players ever, I think, could be a burden on some of these players and they're not able to handle that pressure that's coming from someone like him.

"I don't know how you [critics] keep picking Ronaldo out like he's the problem.

"There's so many other players in this squad that are doing less and contributing less.

"You [critics] keep calling him [out] because he's the big name."

Here are the biggest transfers that took place over the weekend!