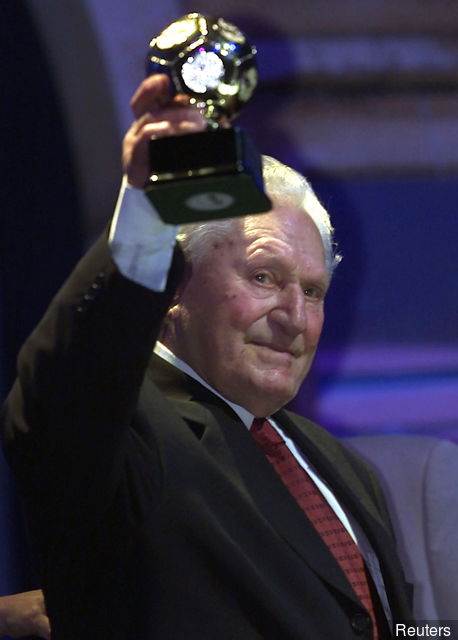 Cristiano Ronaldo joined an illustrious group of players by reaching the 700-goal milestone after netting for Portugal in their Euro 2020 qualifier against Ukraine.

Ronaldo, 34, scored a penalty as Portugal lost 2-1 which saw Ukraine secure qualification to the continental showpiece.

But the fixture will be remembered for the five-time Ballon d'Or winner whose 700 goals arrived in 973 career games for club and country.

The remarkable acheivement now ranks the Juventus forward with an elite group of footballers who, according to data from Rec.Sport.Soccer Statistics Foundation, Ronaldo is still some way behind.

Czech-Austrian legend Josef Bican leads the pack with a staggering 805 career goals, while Brazilian duo Romario and Pele are second and third with 772 and 767 respectively.

Ferenc Puskas ranks in fourth with 746 goals, while Gerd Muller, who is Ronaldo's next target, completes the top-five with 735 goals.

His goal also marked his 94th for his country and only Iran legend Ali Dea with 104 goals remains ahead of him as the highest scorer in international football history.

The only other active player in professional football who comes close to his exploits is long-standing rival Lionel Messi - who's netted 672 goals in 828 appearances.