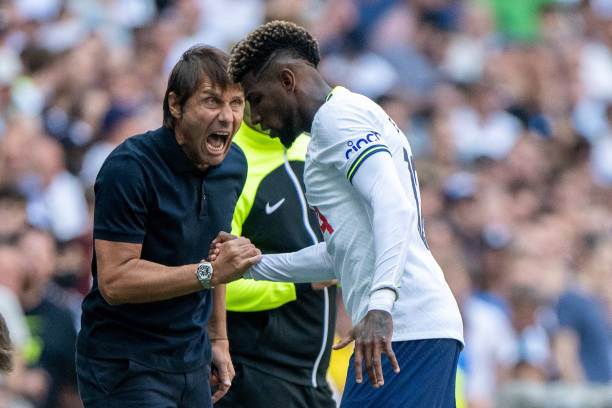 The Italian manager has wasted no time in bolstering his side in this transfer window, with the Lilywhites bringing in six new signings, including a £60 million (R1.1 billion) deal for Brazil international Richarlison.

Scroll through the gallery above to see the four stars Conte has banished at Spurs!

With a number of new faces in the side, the club is now expected to part ways with some first-team players in order to avoid the squad becoming too bloated.

According to The Evening Standard, the Londoners have now stepped up their efforts to sell those players who are not in the manager's plans, with the Premier League side telling four stars in particular to train by themselves because the head coach can only work with a certain number of squad members.

The four players have become outcasts under Conte, something that was evident when they were left out of the squad for Spurs' pre-season tour of South Korea.

With Yves Bissouma and Ivan Perisic also recently joining, the writing was on the wall for Reguilon and Winks as they already fell down the pecking order in the 2021/22 campaign.

Ndombele and Lo Celso, meanwhile, were shipped out on loan for the second half of last season, to Olympique Lyon and Villarreal, respectively.