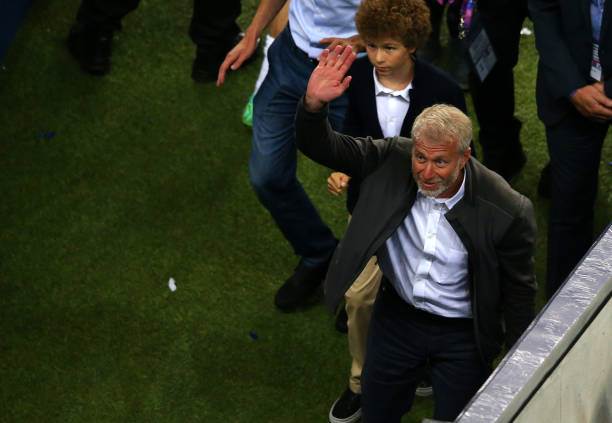 Scroll through the gallery to see the most expensive players signed by Chelsea during Abramovich's reign, per Football Transfers 5. Christian Pulisic - bought for £57 million from Borussia Dortmund in 2019 3. Kepa Arrizabalaga - bought for £71 million from Athletic Bilbao in 2018

Following confirmation that Roman Abramovich is looking to sell Chelsea, a British billionaire has reportedly shown interest in buying the club.

The Russian businessman announced on Wednesday evening that he is ready to end his 18-year tenure as the Premier League team's majority shareholder following pressure from the UK government over his alleged links with Russia president Vladimir Putin.

It has been widely reported that the 55-year-old values his share of the London side at £3 billion (R61 billion), although he also understood to have written off the £1.5 billion (R30 billion) debt he is owed by the club.

Scroll through the gallery above to see the five most expensive players signed by Chelsea during Abramovich's reign, per Football Transfers

According to the Daily Mail, British billionaire Jim Ratcliffe, said to be the wealthiest man in the United Kingdom, is among those interested in purchasing the Blues.

He is believed to be considering putting in an offer via his Ineos empire, a multinational chemicals company that has previously ventured into the sports world with the Mercedes Formula One team in 2020 and their takeover of the cycling team formerly known as Team Sky.

Ratcliffe, a Stamford Bridge season ticket holder, already owns two football clubs in Swiss Super League side FC Lausanne-Sport and Ligue 1 team OGC Nice, and has built up a net worth understood to be in the region of £6 billion (R123 billion).

With this reported interest, along with that from two other unnamed groups, it is believed Abramovich will receive at least two concrete offers for Chelsea by the end of the week.

Here are the wealthiest club owners in the EPL, and what their net worths are, per talkSPORT