Chelsea 'ready to cash in' on N'Golo Kante 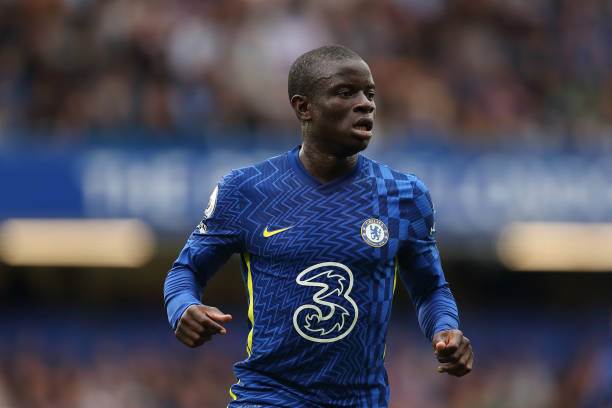 Scroll through the gallery to see Chelsea's five highest earners, per The National News Chelsea are reportedly willing to part ways with N'Golo Kante in 2022 amid fears the Frenchman could leave the club for free.

Since Thomas Tuchel's arrival at Stamford Bridge, the 30-year-old has been a vital member of his side, but the latest reports suggest that the German coach may have a potential headache on his hands next year.

Scroll through the gallery above to see Chelsea's five highest earners, including Kante, per The National News

According to Spanish outlet Fichajes, the 2020/21 UEFA Champions League winners are willing to sell Kante at some point over the next 12 months in order to avoid losing the 2018 FIFA World Cup winner on a free transfer when his contract expires in June 2023.

His injury history may also play a role in their reasoning, with the French international having missed more than 30 matches in the previous two campaigns due to a number of various injuries, according to Transfermarkt.

The midfielder's departure could also free up some much-needed funds for Chelsea to bring in West Ham United star Declan Rice, who has reportedly been a long-term target for the Blues.

A potential move to Stamford Bridge for the England international in the latest transfer window reportedly fell through, with Chelsea later opting to acquire the services of Saul Niguez on loan instead, but a move for Rice could be back on the cards in 2022.

Other possible replacements to fill the void should Kante be sold could come from the club's own academy in the form of Ruben Loftus-Cheek and Billy Gilmour, who is currently on loan at Norwich City.

Here are some players Chelsea have recently been linked with Scroll through the gallery to see some players Chelsea have recently been linked with signing, per Absolute Chelsea
Next on KickOff
Klopp: Liverpool are going through what Ronaldo is