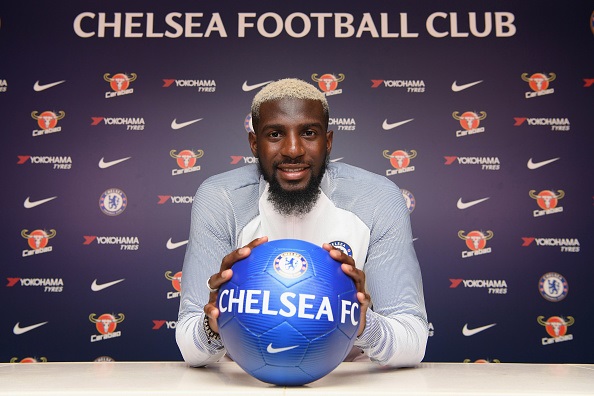 Chelsea are said to be on the verge of offloading a £40 million (R847 million) flop after agreeing a deal to sell him to a new club.

Read: REVEALED: The threat Ronaldo made to his agent before Saudi move

While there are reports their spending spree could continue this month with the potential arrival of Brighton & Hove Albion and Ecuador star Moises Caicedo, the Blues appear to have turned their focus to getting rid of failed signing Tiemoue Bakayoko.

The Frenchman arrived at Stamford Bridge in 2017 on the back of a successful season with AS Monaco, where he won the 2016/17 Ligue 1 title alongside a stacked team comprising the likes of a young Kylian Mbappe, Bernardo Silva and Fabinho, among others.

With many clubs in Europe raiding the French outfit for their best stars at the time, Chelsea swooped in for Paris-born Bakayoko on a big-money seven-year deal, but things would not work out for the defensive midfielder in west London.

The 28-year-old has made a measly 43 appearances for the Blues since his arrival, and has been sent out on loan four times, comprising two stints with AC Milan, one with Napoli, and another interim spell with his former side Monaco.

According to the Metro, the English giants have now agreed a deal with Turkish outfit Adana Demirspor for the sale of the deep-lying playmaker after exploring options to terminate his contract, which is set to expire in June 2024.

Talks over personal terms between the Turkish Super Lig team and the player will commence on Wednesday, with Chelsea hoping to get the transfer over the line before the window closes next week Tuesday.