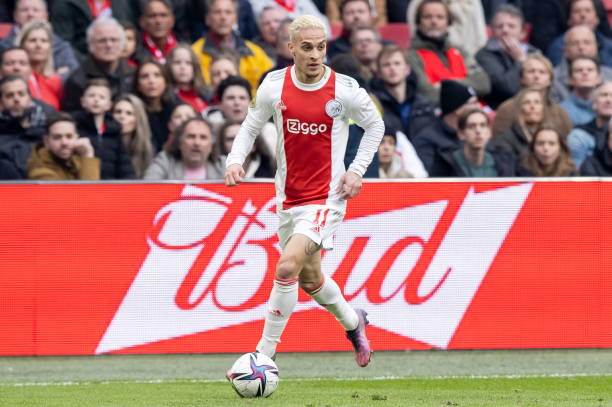 Scroll through the gallery to see some the latest stars linked with Manchester United!

Cristiano Ronaldo is reportedly concerned about Manchester United's transfer strategy so far in this window.

While some of their biggest rivals have already secured a few signings, the Red Devils appear to still be in negotiations for their top targets, including FC Barcelona's Frenkie de Jong.

Scroll through the gallery above to see some the latest stars linked with United!

Reports suggest that Darwin Nunez turned down a move to Old Trafford in favour of joining Liverpool, while Christian Eriksen has reportedly rejected the chance to make the switch to United in favour of keeping his family in London.

These reported rejections come after the Manchester club endured a difficult 2021/22 campaign that saw them finish outside of the UEFA Champions League qualification spots.

According to Diario AS journalist Manu Sainz, who is close to super-agent Jorge Mendes, Ronaldo is concerned about the club's lack of signings so far in this window, and is said to believe the Red Devils' Premier League rivals are pulling further away from them with their new incomings.

It is claimed the 37-year-old was determined to see out the last year of his contract with United despite their disappointing league finish last season, but he is now said to have doubts about staying on as he is worried the club is not going to make the squad changes he considers necessary to revive the team's fortunes.

United's pre-season training begins on 27 June, although a number of the club's players who competed in the first round of 2022/23 UEFA Nations League matches will be given an extended break.